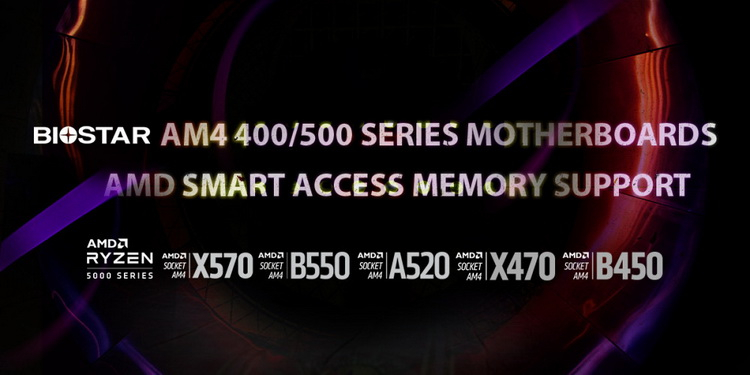 Biostar reported that its AMD 500 series motherboards have received support for Smart Access Memory (SAM) technology. The technology allows the Ryzen series CPU to access the full amount of video memory in discrete Radeon graphics gas pedals at once. Thanks to this in some games it is possible to get an additional increase in performance.

To get support for Smart Access Memory (SAM) technology, the manufacturer offers to download and install a new version of the BIOS for their motherboards:

In addition, Biostar explained how to activate SAM in motherboard firmware. To do this, it is necessary:

Log in to BIOS; Go to the laquo tab; Advanced settings» (Advanced); Select the laquo option; PCI Subsystem Settings»; Enable «Above 4G Decoding» and «Re-size BAR Support» Press F10 on the keyboard to save settings and reboot.