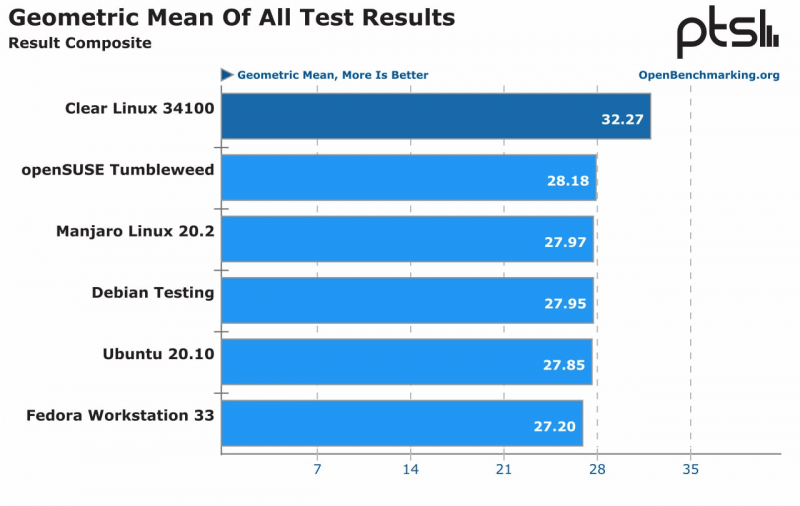 The Phoronix resource is known for its comprehensive set of benchmarks and regular comparative tests of various Linux hardware platforms. This time the author has studied the performance of the latest AMD Zen 3 platform running the latest releases of some popular distributions. In this case, we compared system performance with Fedora Workstation 33, openSUSE Tumbleweed, Manjaro Linux 20.2, the current Debian Testing branch and Ubuntu 20.10. The hardware platform was a build based on Ryzen 9 5900X processor. Also used there was an ASUS CROSSHAIR VIII HERO motherboard, 16GB of RAM, a 1TB Sabrent Rocket 4.0 NVMe SSD and Radeon RX 5600 XT graphics.

Testing was done in a variety of tasks: both single-threaded and multi-threaded. In the vast majority of cases it was the Clear Linux distribution that provided the best result. Let us note that the situation has not changed over the past six months. The distribution from Intel remains the fastest, even despite the fact that the frequency of updates and developer activity has decreased noticeably lately.