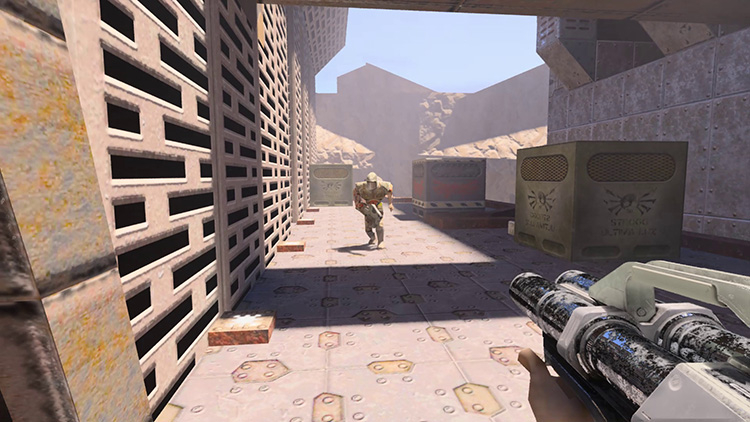 Quake II RTX was one of the first demonstrations of hardware ray tracing capabilities on NVIDIA Turing graphics cards. The game calculated lighting and shadow effects using path tracing methods. Now, with updates to the Vulkan API, these effects are available on any GPU with the necessary performance.

Quake II RTX version 1.4.0 was released today, and among the improvements the patch brings to the classic shooter & ; support for platform-independent Vulkan extensions for hardware ray tracing. In fact, this means that if you have an AMD Radeon graphics card installed in your PC, you can play Quake II RTX with all the newfangled lighting effects from today on it. Not bad news for vintage fans. However, Quake II RTX is developed by NVIDIA, so it's possible that Quake II RTX will not be too friendly to Radeon. NVIDIA itself has already presented a fresh driver with ray tracing support in Vulkan API in Quake II RTX game. But that's not all & ; now that the open API Vulkan supports hardware ray tracing, the new lighting technology in games can be used on any platform, while in the past the only option was Microsoft DirectX 12, that is, it was only for Windows. Updated version Vulkan Software Development Kit includes all the tools necessary for developers to implement ray tracing in their projects on virtually any platform, which means that soon it should appear in more games. You can download the conditionally free version of Quake II RTX from Steam, Github, or the NVIDIA website.