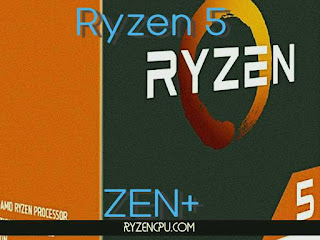 It has been more than two years since the launch of the Ryzen 5 2600. However, many bestseller lists from different retailers indicate that the R5 2600 is still selling a lot. Of course, nowadays, the most popular CPUs are the Zen 3, Ryzen 5000 Series but the Ryzen 5 2600 has many things to offer, still.

The Ryzen 5 2600 is a mainstream desktop CPU of the 2nd Gen Ryzen family. It is one of the most powerful CPUs of its segment. We see the Zen+ architecture with Pinnacle Ridge. Yet, the main reason for this desktop CPU to be among the best sellers is its price. And it is the effect of the company’s pricing policy that is planned to cope with the market competition. Of course, the Ryzen CPUs, including R5 2600, in general, provide more cores and threads for lower prices. This is another vital factor that impacts sales.

Despite the affordable price, Ryzen 5 2600 has a satisfying core count of six. And there are 12 threads. The Simultaneous Multi-Threading Technology, which is an important peripheral, is available on the R5 2600. The base clock speed of this desktop CPU is 3.4 GHz. and the max boost clock speed is up to 3.9 GHz. Here we have another effective peripheral, Precision Boost 2, which provides stable and smooth processing. Besides, the L3 cache is 16 MB.

Of course, it is a relatively older processor with some drawbacks but again it is a beautiful choice for mid-range or quality budget systems. Having said that, it comes with a Wraith Stealth cooler which is sufficient for mainstream purposes.

Lastly, the Ryzen 5 2600 has an unlocked multiplier which attracts mostly the overclocking enthusiasts.