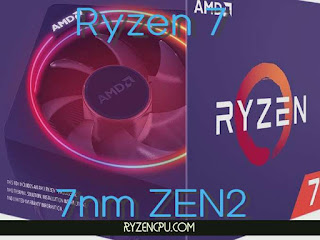 Amongst the flooding news about the new Ryzen 5000 Series, there are still some quite popular previous-gen CPUs like the Ryzen 7 3700X. Mainly the impacting factor is the budget concerns. Yet, the innovative and promising design of the Ryzen 7 3700X also plays a vital role. It is not the most popular desktop CPU as of 2020 but from the day it has launched, we are used to seeing it on the top positions of bestseller lists.

We all know that the launch of the first Zen architecture desktop and gaming CPUs was a milestone for the market and the company. After that time in 2016, AMD has shown some improvement for each year. By improvement, we mean new architectures and redesigns. Zen, Zen+, Zen2, and this year finally, the Zen 3 appeared on the market.

Today we will show you the AMD Ryzen 7 3700X processor, which comes to replace AMD Ryzen 7 2700X. Since then, it is thought to be the equivalent of the rival’s Core i7 9700K. You will know why the Ryzen 7 3700X is still among the best seller desktop gaming CPUs, even today.

First of all, this CPU is far from being called “outdated”. Firstly because it’s only been 1.5 years. Second, the key features of the CPU are completely futuristic. For example; you’ll have the PCIe 4.0 x16.

It may not be a Zen 3 processor but the Zen 2 Matisse has still a powerful and contemporary design to offer high performance. It uses the same 7 nm CMOS technology as the newly launched Zen 3 architecture. Actually, before the Zen 3 5000 Series, it was among the most popular gaming CPUs. And the architecture has kind of proved it is worth in that sense.

The Ryzen 7 3700X is an 8-core gaming CPU with 16 threads. With a base frequency of 3.6 GHz and a max boost of 4.4 GHz. It will offer decent AAA gaming, of course, with the help of a quality GPU. For example, AMD Radeon Navi 5700XT or Nvidia GTX 1080 Ti would be great combinations to go alongside the R7 3700X. Other than that, the 32MB L3 and 4 MB L2 cache are also important features to provide reduced latency and faster processing in general for any task.