After the GameStop story, trading in AMD shares has been restricted 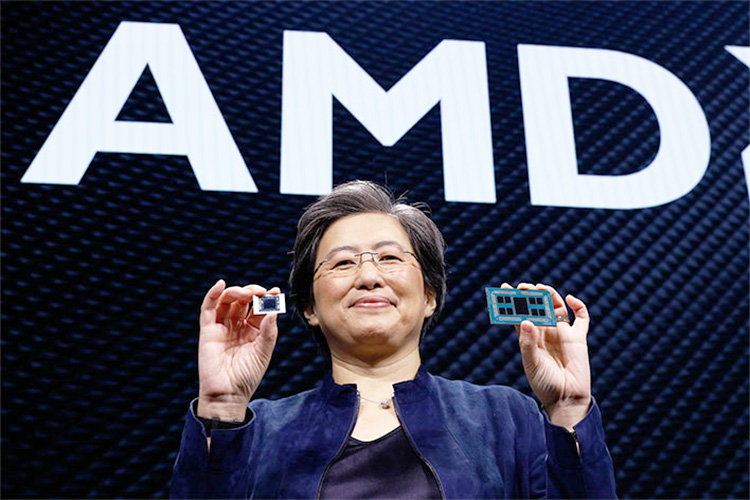 It has been a very hot week for investors and the tech stock market in general. We are talking primarily about the situation around offline game shop GameStop and, to a lesser extent, BlackBerry, Nokia and movie theatre chain AMC. But there were many more parties involved in the story. AMD was unexpectedly added to the list of victims.

The fact is that Wall Street hedge funds had been gambling on the downside of GameStop stock for a long time, hoping to eventually see the company go under in order to make billions. But the Reddit WallStreetBets community decided to run riot by buying back GameStop stock (options) & ; and this led to a sharp rise in the company's stock price. By comparison, while GameStop shares were worth less than $10 on the stock exchange in mid-2020, they are now trading at around $325. Needless to say, small traders made good money on this, while hedge funds suffered colossal losses. The story was further developed by Robinhood, an online brokerage popular with private investors, which announced it would close operations on high-street securities, including shares of various companies & ; just the ones on which members of the WallStreetBets community gambled against hedge funds. But Robinhood believes it is thus taking steps to protect its clients from significant market volatility, although most people who have dealt in specific stocks with volatile rates likely knew exactly what they were doing.

The trading blockade by Robihhood caused GameStop and AMC shares to fall by 21 % and 50 % respectively on Thursday, before their rates partially recovered on Friday. Surprisingly, one of the companies that got caught up in the story was AMD. Seemingly unrelated to the GameStop scandal (apart from making chips for gaming consoles), it too was put on Robinhood's list restricting stock transactions. Robinhood banned investors from buying more than one AMD share at a time on Thursday and Friday. As you'd expect, this turn of events prompted an immediate outcry from users of the service. After all, unlike GameStop or many other companies whose shareholders Robinhood has volunteered to protect, AMD has a solid financial foundation. For 2020, AMD's revenue grew 45 % year-over-year, while annual profits rose 52 % to $4.35 billion. All AMD's key divisions showed growth, from Ryzen processors and Radeon graphics cards to console chips and EPYC processors for data centers. Despite the big gain, AMD shares fell sharply after the report was published on Thursday, followed by Robinhood with its ban.

Some believe this is clearly about manipulation of AMD stock. By restricting purchases, Robinhood is creating artificial pressure from sellers to further reduce the value of the securities. Last month, the number of bets on falling AMD stock actually increased, so Robinhood's actions play into the hands of those who made such bets. The WallStreetBets community is believed to be gearing up to promote AMD stock, and Robinhood doesn't want to be caught off guard again, as with GameStop. However, these restrictions are only increasing distrust of the service by users and causing scrutiny from regulators, including the US Securities and Exchange Commission (SEC), which most trading companies are trying to avoid at all costs. Although Robinhood's actions are legitimate, they run counter to the intentions of small traders, who aim to fight Wall Street's leading hedge funds and help struggling companies (and these traders, of course, also want to make money). The Robinhood service has proved popular because of its ease of use and public accessibility to anyone. But it doesn't seem to live up to its name after the famous robber who stole from the rich to give to the poor. By the way, someone at WallStreetBets is clearly using the hedge fund fight money to anti-Robinhood:

Flown Over Robinhood HQ from r/wallstreetbets

At the moment it looks like Robinhood have already removed AMD from the list of companies subject to stock trading restrictions. But it could happen again. Either way, the damage to Robinhood's reputation has already been done, and the SEC may pull up in the future.