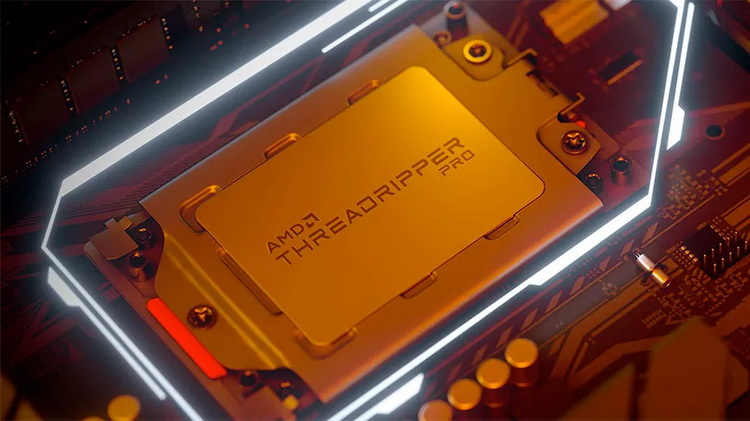 AMD recently announced that its high-performance Threadripper Pro HEDT processors, exclusively sold for a year only in Lenovo ThinkStation P620 workstations, will retail as separate offerings. They are expected to be available by March 2021. Meanwhile, AMD has announced their official recommended prices.

To recap, the Threadripper Pro 3000 series chips exist within the sWRX8 platform, which features support for eight-channel DDR4 memory (both conventional UDIMM and RDIMM and LRDIMM modules) and 128 PCIe 4.0 lanes respectively instead of four memory channels and 64 PCIe 4.0 lanes in conventional Threadripper. The extended memory and PCIe 4.0 controller capabilities are due to the Threadripper Pro's use of a full-featured I/O chiplet from the EPYC (Rome generation) processors.