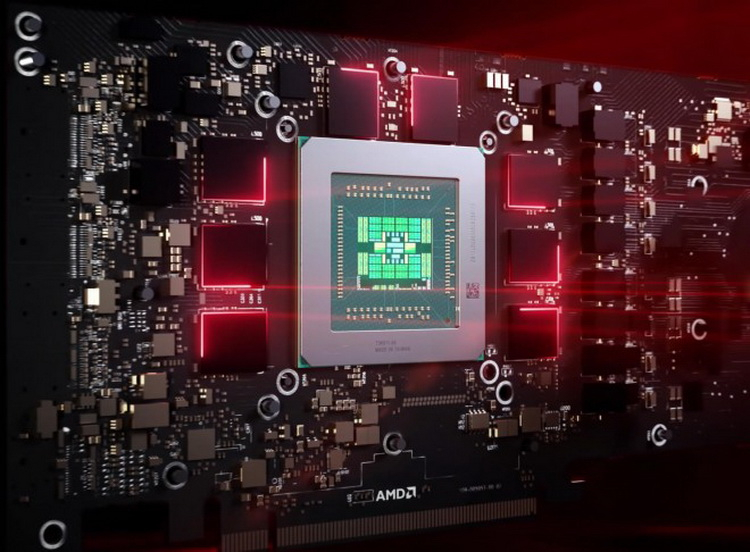 According to French resource Cowcotland, citing its sources, AMD will unveil Radeon RX 6700 series graphics cards only by the end of March. So, we can't expect these cards at the upcoming CES 2021, where AMD CEO Lisa Su will be giving a presentation and announcing some new products.

According to our sources, AMD has planned to release two graphics accelerators by the end of the first quarter of this year, that is, in late March» & ; resource indicates. Additionally it is said that Radeon RX 6700 series graphics cards will be based on Navi 22 GPU, which is capable to offer up to 40 processing units with 2560 stream processors. Thus, the senior version of Radeon RX 6700 XT will get half the number of stream processors compared to the flagship model Radeon RX 6900 XT. The younger version of the Radeon RX 6700, on the other hand, is likely to be trimmed down in terms of stream processors in some way. The source also reports that even the younger Radeon RX 6700 model will be equipped with 12 GB of video memory with 192-bit bus. The same applies to the Radeon RX 6700 XT graphics card. That's likely why, according to rumors, NVIDIA is going to release another version of the GeForce RTX 3060 with 12GB of video memory, despite the existence of the GeForce RTX 3060 Ti with 8GB of memory. Unfortunately, information on the range of operating frequencies of Radeon RX 6700 graphics accelerators resource is not given. It is worth recalling that the image of reference Radeon RX 6700 leaked in the network a few months ago, a couple of weeks before the official announcement of the older Radeon RX 6000 based on the Navi 21 GPU. According to the leak, the reference graphics card will get a dual-fan cooling system, as well as up to two 8-pin auxiliary power connectors.