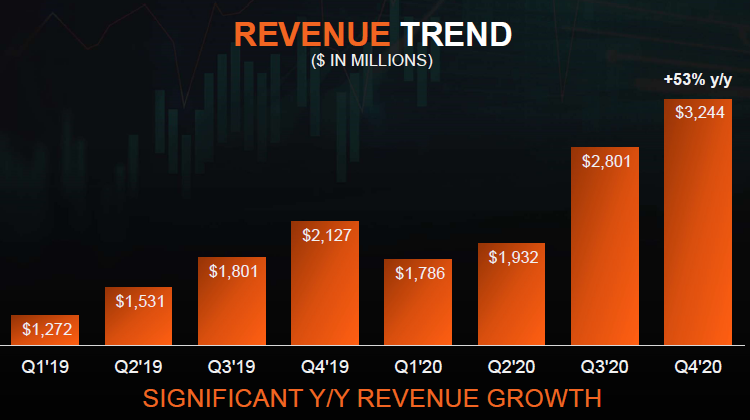 AMD's annual report on Form 10-K appeared on the company's website only towards the end of the working week and provided additional information on the issuer's performance in 2020. While in previous years AMD's revenue was often driven upwards by an increase in average component sales prices, last year it was the number of products shipped that increased by 37 % in the customer area.