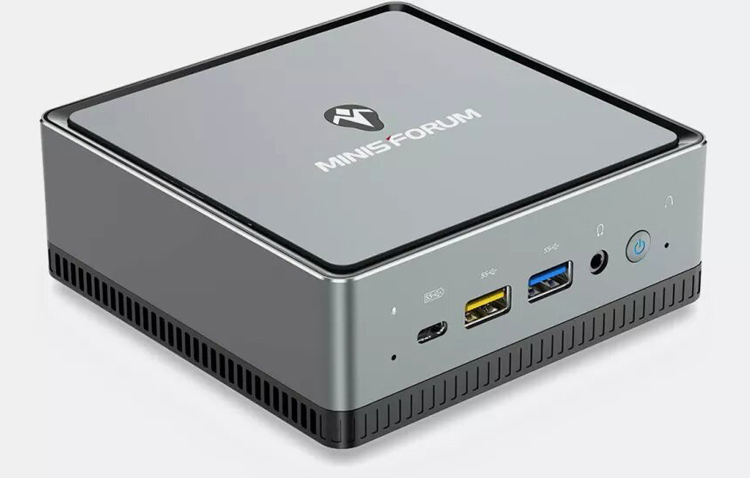 They are housed in a 128mm × 127mm × 46mm aluminium enclosure (according to Notebookcheck.net), fitting almost in the palm of your hand. The compact computers are offered with an AMD Ryzen 5 Pro 2500U quad-core processor (2GHz base frequency, in Boost & ; up to 3.4GHz) with an integrated Radeon Vega 8 graphics accelerator or an AMD Ryzen 3 3300U quad-core chip (2GHz, up to 3.5GHz) with integrated Radeon Vega 6 graphics. Although these aren't AMD's latest processors, they're plenty capable of performing office tasks and entertainment.

DDR4 RAM capacity is up to 32GB (there are two SO-DIMM slots). Configurations can also include an M.2 SATA SSD and a 2.5" SATA SSD or HDD. In terms of connectivity, the mini-PCs feature Intel AX200 Wi-Fi 6 and Bluetooth 5.1 wireless adapters, a dual-port Gigabit Ethernet network controller, four USB 3.1 Gen 1 connectors, one USB Type-C port, two DisplayPort 1.2 and HDMI 2.0 video outputs, and a 3.5mm audio jack. The MINISFORUM M250 Barebone bundle is available on the manufacturer's website for $299 or more, while the computer with 16GB of RAM and a 512GB SSD is priced at $499 on Amazon's website.