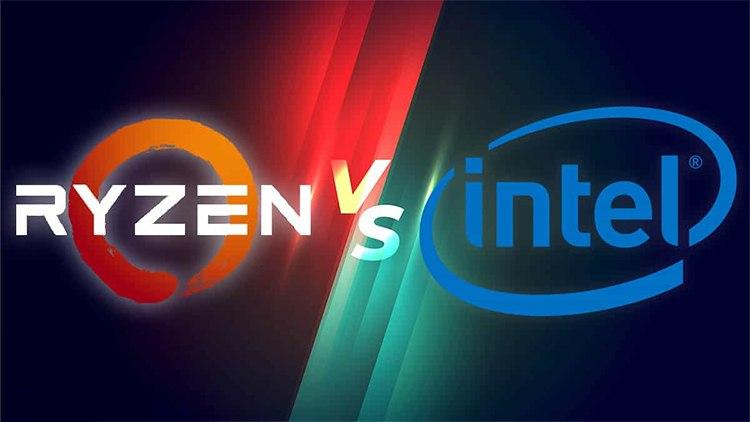 January saw two opposite trends in the Russian desktop processor retail market. On the one hand, Ryzen 5000 family was able to expand its presence on the market, but on the other hand, it still has not helped AMD to retain the market share it gained earlier.

A fresh report from price aggregator Yandex.Market, which analyzes user conversions to online shops, showed a steady decline in customer interest in AMD processors in January. And while the company still boasts a share of 54%, this & ; is not too impressive in comparison to previous successes. For the first time since the beginning of 2020 AMD's share has fallen below 55 %, while a year ago the company could even boast of a result of over 60 %.

The cool-down of interest in AMD products is due to both the change of processor generations and processor shortages. Both of them resulted in price increase, so in many segments Intel offers look much more attractive now. This is clearly demonstrated by the fact that two Intel CPUs found themselves in top-five most popular offerings in January: six-core Core i5-10400F with average price of 12.7 thousand rubles and four-core Core i3-10100F with average price of 6.9 thousand rubles. Recall that last autumn there were no Intel products in the top five most sought-after CPUs on the Russian market at all.

At the same time, we should note that Ryzen 5 3600 for the third month in a row holds the title of the most purchased processor in Internet shops in Russia. However, its share is gradually decreasing as more and more customers start to prefer the newer Ryzen 5 5600X six-core CPU. The average price of the latter dropped to 30.7 thousand rubles in January. (at the official price of 24,900 rubles), which allowed it to capture quite a significant market share of 5.1%.

Altogether, Zen 3 processors accounted for 14.5% of purchases in January, which is 0.7% higher than a month ago. Interestingly, while Ryzen 5 5600X and Ryzen 7 5800X saw a quarter higher demand compared to December, interest in Ryzen 9 5900X and 5950X noticeably waned, with the 16-core flagship losing the most attention. As for Comet Lake processors, in spite of the forthcoming lineup update in March, the interest to them remains high. The representatives of this series hold a total share of 26% in the sales structure, and this share has not changed since last month. It is worth noting that in the latest Mercury Research report with estimates of manufacturers' shares in the global desktop processor market, AMD's position has also weakened. According to analysts, AMD's share fell by 0.8 percentage points in the fourth quarter and the red company holds 19.3 percent of the global market.