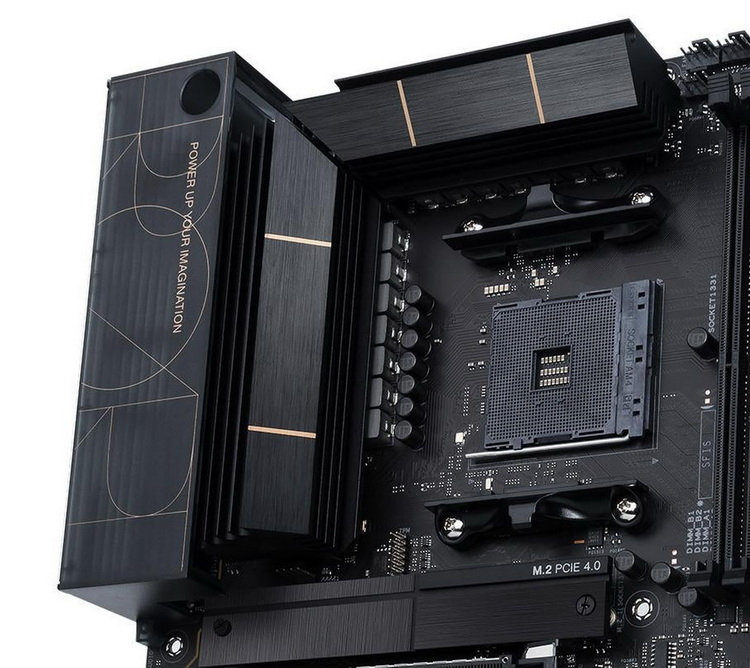 ASUS unveiled ProArt B550 Creator motherboard based on AMD B550 chipset, targeting the creators of digital content. Features two Thunderbolt 4 (USB Type-C) interfaces with DisplayPort 1.2 and DisplayPort 1.4 support. The phenomenon is quite rare, because the connector was developed by Intel, and it is known to cooperate very rarely with competitors.

Intel announced Thunderbolt 4 at the electronics show CES 2020, and prepared the final specifications of the new interface only by July of that year. By the way, a month later the AMD B550 chipset was announced. Thunderbolt 4 & ; is a proprietary Intel technology, which debuted in new laptops based on Intel Tiger Lake-U processors late last year. The technology extends the functionality of the USB Type-C connector. For example, Thunderbolt 4 can be used for quick charging of external devices, in DisplayPort mode, as well as for connecting external graphics cards. ASUS ProArt B550 Creator motherboard is based on 14-phase power supply, built according to 12+2 layout. Novelty is designed to work with AMD Ryzen 5000, Ryzen 4000G and Ryzen 3000 series processors. Installation of up to 128 GB of RAM is supported. In case of Ryzen 4000G processors, the board can work with memory up to DDR4-5100 via XMP profiles. In case of Ryzen 5000 and Ryzen 3000 processors, memory support up to DDR4-4866 is offered. The ProArt B550 Creator is also equipped with two 2.5 Gigabit network adapters and a Realtek ALC1220 sound chip. Interestingly enough, the new ProArt B550 Creator is equipped with the new user-friendly Q-Latch screwless M.2 SSD mounts that ASUS unveiled at the beginning of last month. The company has priced the ProArt B550 Creator motherboard at $299.