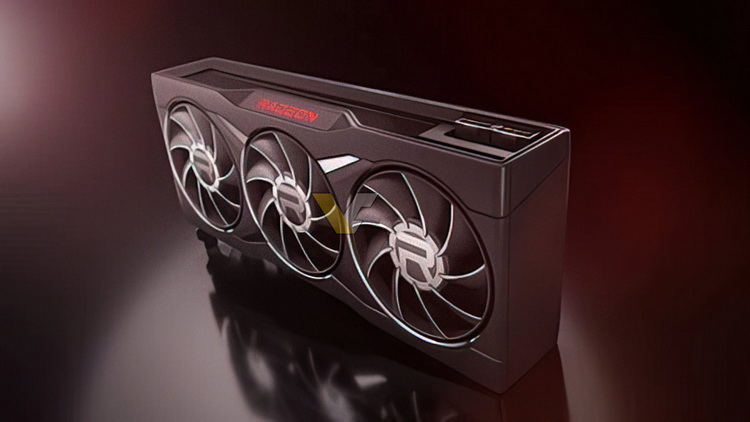 Today at 16:00 (Moscow time) AMD will launch the exclusive sale of the special edition of Radeon RX 6800 XT graphics gas pedal in the reference version, but in the new color scheme Midnight Black. It was reported to VideoCardz by one of the members of the so-called «exclusive AMD Red Team» club, whose members are the first to receive the latest news from the company and exclusive offers.

According to Andrew Khoi Nguyen (Andrew Khoi Nguyen), he received an e-mail from AMD, in which the manufacturer announced the upcoming launch of sales of a special version of Radeon RX 6800 XT in black. Recall that the original model's cooling system casing is painted silver and gray. Otherwise the special videocard version does not differ from the usual one. It is based on Navi 21 TX GPU with 4608 stream processors, 16 GB of GDDR6 video memory and 128 MB of Infinity Cache buffer memory. The card takes up 2.5 expansion slots in a PC case, has two 8-pin connectors for additional power and consumes up to 300W. Whether the price of the special version of the Radeon RX 6800 XT Midnight Black will differ from the price of the regular one, which is $649 on AMD.com, is unknown. Recall that at the launch of the Radeon RX 6000 series of graphics cards, the company also allowed AMD Red Team members to buy the new items before others through its AMD.com store. This caused outrage among the regular customers, who didn't get the graphics cards, as all the cards were sold out in a matter of minutes. AMD's letter regarding Radeon RX 6800 XT Midnight Black launch specifically states: «Based on feedback and popular requests from our community, we have created a limited batch of Radeon RX 6800 XT Midnight Black graphics cards that offer the same amazing level of performance as the very popular Radeon RX 6800 XT. This is an exclusive advance notice to members of the AMD Red Team community. The number of graphics cards available will be limited. Radeon RX 6800 XT Midnight Black graphics cards will be available only at AMD.com via the link included in the email on April 7, 2021, from approximately 6:00 a.m. Pacific North American Time, 9:00 a.m. North American Eastern Time, 3:00 p.m. Central European Time and 9:00 p.m. Taiwan Time».