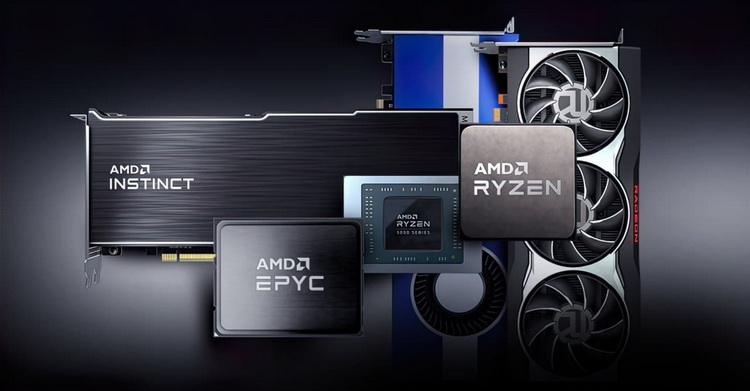 At a Q2 2021 investor meeting, AMD CEO Lisa Su confirmed that next-generation Ryzen consumer processors and Radeon graphics cards will be released in 2022. AMD believes that the component shortage will remain until the end of this year, but is optimistic about 2022.

Processors based on the Zen 4 architecture are expected to be released in the second half of 2022. The new generation will replace the Zen 3+ / Zen 3 3D V-Cache chips, which are due to debut at the end of this year. Zen 4 architecture will be presented in the EPYC 7004 server processors, codenamed Genoa, as well as in the consumer CPU Raphael and APU Phoenix. The latter series of chips will offer integrated RDNA 2 graphics.The transition to the new Zen 4 architecture will require a new platform. This means that the chips will receive support for DDR5 standard RAM. During a shareholder meeting, Lisa Su confirmed that the company aims to release products based on the Zen 4 architecture next year. "We still plan to release a new generation of products in 2022, including Zen 4 processors based on the 5nm process technology and graphics cards based on the RDNA 3 architecture," said Lisa Su. Unlike Intel, which is used to revealing its plans for new products long before they are actually announced, AMD has been reluctant to share details about products in the era that will follow the release of the Zen 4 architecture. The company still has not confirmed which processors except Ryzen series will get a new 3D V-Cache technology, the essence of which is to install a special SRAM memory chip directly on top of the CCD-chiplet. This technology allows to increase the L3-cache volume of the Ryzen desktop processor up to 192 MB. The company has also not officially confirmed when it is going to release graphics cards based on RDNA 3 architecture. However, according to rumors, in the gaming RDNA 3 graphics cards will be present at least four GPUs. GPUs with unofficial names Navi 31 and Navi 32 are attributed a new layout of several chips, and models Navi 33 and Navi - the usual layout of a single chip.