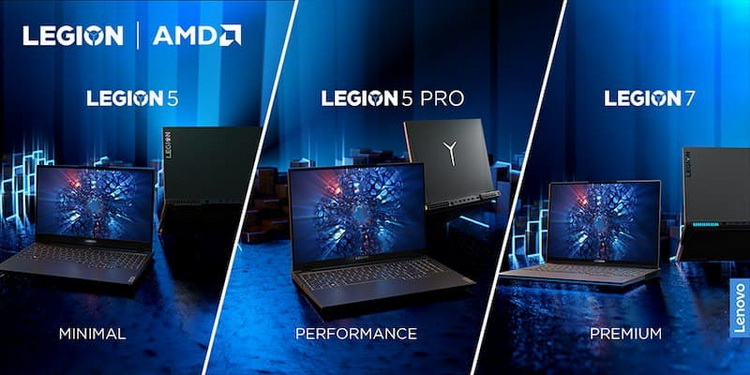 Network informant rogame found information about an unknown gaming laptop from Lenovo with AMD Ryzen 5000H series processor. The novelty is interesting because it is equipped with a Radeon RX 6600M graphics gas pedal.

An unknown Lenovo laptop powered by Ryzen 7 5800H and Radeon RX 6000 mobile graphics appeared in the database of the performance test UserBenchmark. Unfortunately, the source does not specify the model of the laptop, so the novelty can refer to any series of laptops from the manufacturer, from IdeaPad Gaming models and ending with a purely gaming series Legion.

It should be recalled that the company already offers IdeaPad and Legion models based on Ryzen 5000H processors, but all of them are equipped with NVIDIA Ampere graphics gas pedals. The illuminated laptop hints that Lenovo may be preparing its first notebook based solely on components made by AMD. VideoCardz portal notes that different power requirements for AMD Radeon RX 6000M mobile graphics cards compared to NVIDIA GeForce RTX should not be a problem, as even the Legion 5 Pro gaming notebooks are designed to support GPUs with a TDP of up to 140 W. To recap, Radeon RX 6600M graphics card is based on the Navi 23 GPU with 1792 stream processors. This graphics card is designed to play games at high-medium settings at 1080p resolution. According to AMD, the gas pedal is able to compete with the mobile version of GeForce RTX 3060.

Despite the fact that AMD introduced this graphics card more than a month ago, so far none of the laptop manufacturers have not released a device with the novelty. Moreover, the card is not even listed in Radeon drivers, which may indicate a delay in its release. Thus, AMD's earlier statements that the graphics card is supposedly «already delivered» most likely serve only as a diversion.