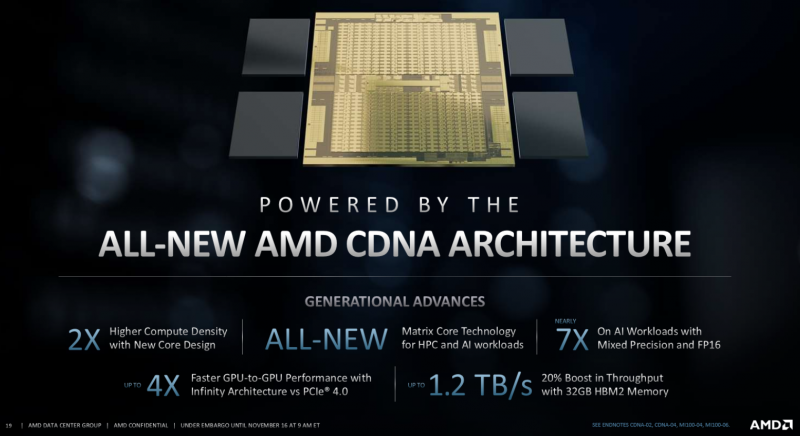 Fresh Linux kernel patches are being prepared for AMD's new heterogeneous computing systems. We're talking about systems based on the new Aldebaran gas pedals (probably under the name MI200), which will connect to the CPU and GPU and get HBM2 memory. These updates concern the AMD64 EDAC driver.

Normally it is designed to handle and fix DRAM ECC system errors, but now its functionality has been expanded to accommodate new heterogeneous systems. Fresh patches are expected to appear in Linux kernel 5.14 (less likely) or 5.15 (more likely). Aldebaran gas pedals are expected to be a replacement for the AMD Instinct MI100 (codename Arcturus). Judging by the contents of the patches, the Aldebaran modules will get an MCM implementation (expected to be two Arcturus units) with four unified memory controllers, 8 channels each. And each channel will be connected to 2 GB of HBM2(e), that is, the total size of the set memory will be 64 GB. Of course, such systems will be used only in data centers and supercomputers. About Aldebaran, in particular, has repeatedly said that this gas pedal in the form factor OAM will receive systems based on the HPE Cray Ex. Whether it will be Frontier, for which support for CPU and GPU memory coherency is already being prepared, is not specified.