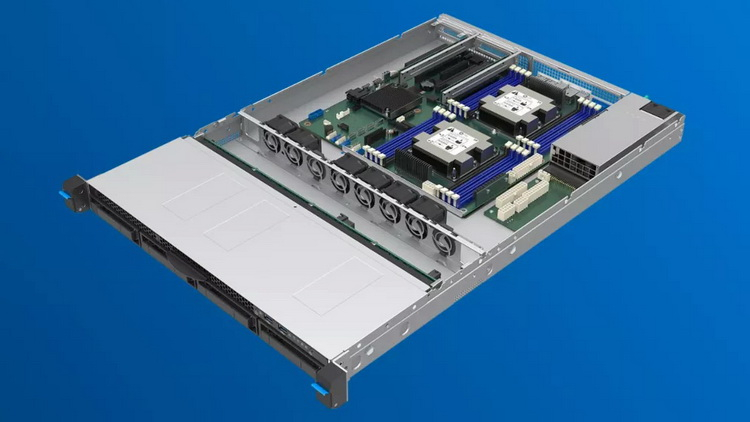 According to DigiTimes, citing industry sources, the shortage of data center components, including CPUs, has worsened significantly. The average lead time for some products by chipmakers ranges from 52 to 70 weeks.

Today's server systems use a much wider variety of components than conventional consumer PCs. Despite chipmakers' preference for the server segment, demand is so high that manufacturers simply can't keep up with the supply. According to DigTimes, leading Taiwanese server system makers have started to suffer against this background. Inventec, Mitac Computing and Wiwynn have all complained about the chip shortage. For example, Inventec reported that supplies of Intel and AMD server processors are significantly limited. Although both processor manufacturers prioritize production of high-margin server chips, available volumes are still not enough to meet current levels of demand. Mitac Computing reports that, like Inventec, it cannot cover all available orders because it does not receive the right volume of components. Both manufacturers predict a natural year-end revenue decline. Industry sources indicate that Mitac Computing, in particular, is not able to fulfill about 20–30% of the orders it has already taken. And it sees no reason to be optimistic, at least until the end of this year. Wiwynn, which primarily produces rackmount servers and has customers such as Facebook, is most strapped for cash because most of its orders involve rack-mount servers, according to DigiTimes. The company also does not expect to cope with the deficit in 2021. The publication's sources report that the shortage of server components is unlikely to weaken until the fourth quarter of 2021, or even until the first quarter of 2022. Some also say more pessimistic forecasts, given the current 70-week delay in order fulfillment.