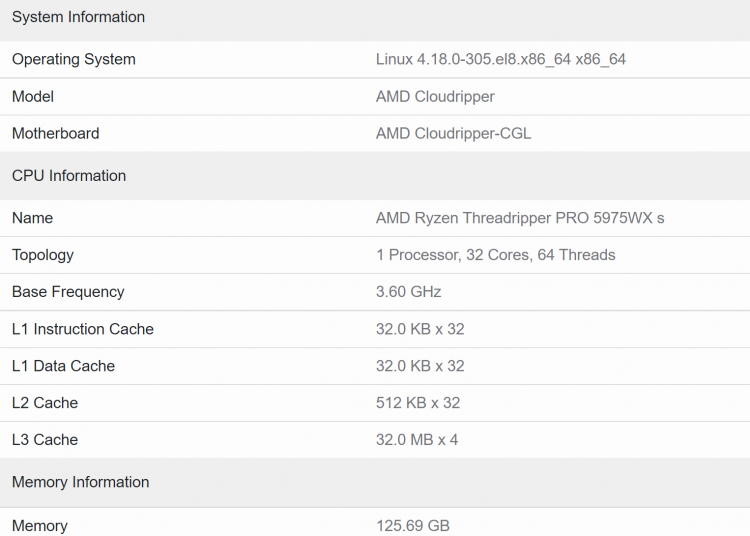 The Geekbench synthetic test database has revealed data on one model of AMD's expected high-performance Chagall-WS (after the artist Marc Chagall) series processors on the Zen 3 architecture. We're talking about the 32-core Ryzen Threadripper PRO 5975WX, which operates in the frequency range from 3.6 to 4.5 GHz.

The processor was tested as part of a certain reference workstation called Cloudripper-CGL, where «CGL» stands for Chagall series code name. This chip will be designed for workstations, and therefore will offer support for eight-channel memory and more PCIe lanes. According to the insider ExecutableFix, cited by VideoCardz, Ryzen Threadripper PRO 5000 processors may be AMD's only series of high-performance workstation processors based on Zen 3 architecture, because the company allegedly decided not to release Ryzen Threadripper series chips without the prefix PRO.