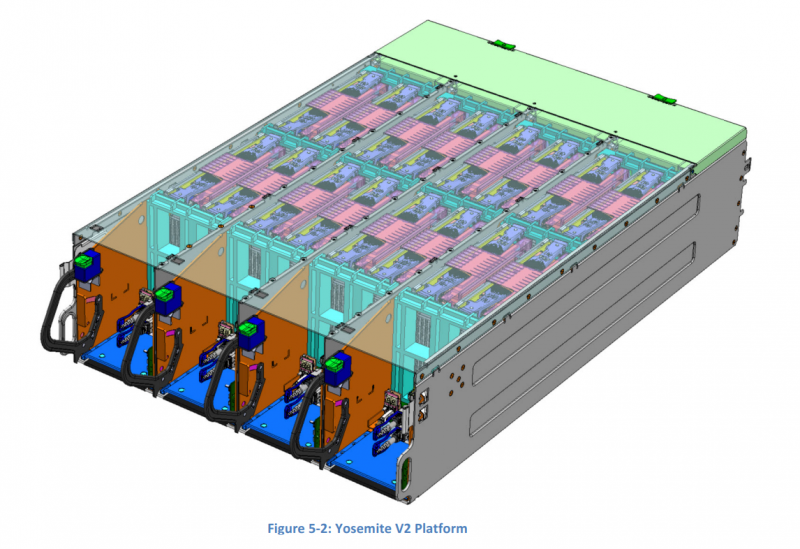 During the OCP Global Summit, Meta (formerly known as Facebook) showed its first North Dome servers based on AMD EPYC Milan processors. But it is worth to clarify two points right away. First, the platform itself was actually introduced back in September. Secondly, it is not the first servers with AMD processors in OCP ecosystem.

As part of Microsoft's Project Olympus, MiTAC, Quanta and ZT Systems have introduced different server options since 2017. MiTAC also has a fresh Tioga Pass solution from this year, but the arrival of the platform from Meta itself is much more important, since the company previously preferred Intel solutions. Meta notes a significant increase in performance per watt over the Intel Xeon D-2100-based Twin Lakes servers. And the presence of a «second source» probably became critical for her, too.

North Dome is designed for the Yosemite V2 platform, not the more recent Yosemite V3, which already uses Intel Xeon Cooper Lake-SP processors. Nevertheless, both of these platforms are modular and not tied to a specific CPU, GPU, SSD and other vendor. Since this is a fairly high-density, air-cooled platform, a significant limitation for processors is the typical TDP level & ; typically 85 to 105 watts. The North Dome server has a single SP3 socket and supports both Rome and Milan installations, but full validation is only done for the latest EPYC generation. There are six DIMM slots (1DPC) around the socket for DDR4-2667/3200 memory modules. On the back side of the board there are two slots for NVMe SSDs: M.2 2280 and 22110. In total, the server provides 29 PCIe 3.0/4.0 lines: x16 and x8 with bifurcation + x4 + x1. Also one USB 2.0 port and I2C and UART interfaces are available. The server uses custom 36-core EPYC Milan CPU with 95W TDP, optimized for best ratio of performance (total and per thread), power consumption and latency. BIOS, operating system and development tools were also upgraded. AMD and Meta are working together to optimize workloads. These are mainly web, AI and DBMS.