OneXplayer AMD Edition, a portable console that could compete with Valve Steam Deck, has been unveiled 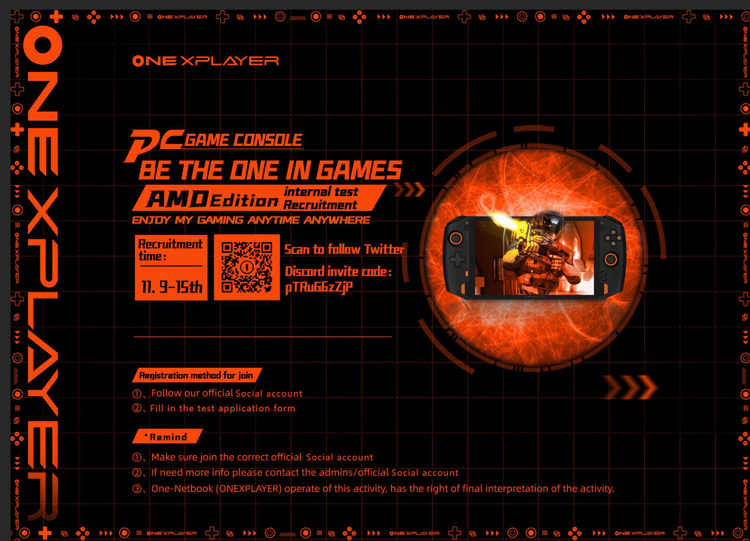 The original OneXplayer debuted in May of this year. The gadget is equipped with an Intel Tiger Lake processor, an 8.4-inch display with a resolution of 2560 × 1600 dots, 16 GB of RAM, an SSD with up to 2 TB capacity, Wi-Fi 6 and Bluetooth 5 wireless adapters. The new version of the console will be built on an AMD hardware platform, but the models of processors available for installation have not yet been named. Rumor has it that a choice of Ryzen 5 5600U and Ryzen 7 5800U chips will be offered.

As you can see in the teaser, the OneXplayer AMD Edition model will inherit the design from the regular OneXplayer version. On the front, there are gaming controls & ; joysticks, crossbar and additional buttons. Apparently, the characteristics of the display will not change. It is also worth recalling that the release of the console mentioned Valve Steam Deck postponed to February next year. The device is equipped with a 7-inch screen with a resolution of 1280  × 720 pixels and AMD hybrid processor based on Zen 2;