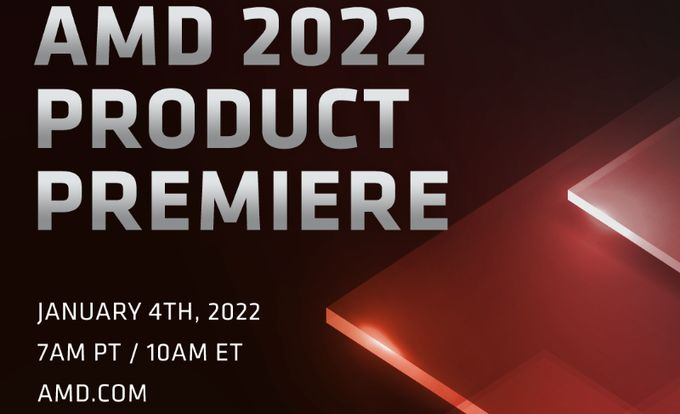 AMD's desire to draw attention to its own products during CES 2022 in Las Vegas was not a secret to us, but this week the official press release confirmed that the virtual event in early January will tell about the upcoming Ryzen processors and Radeon family graphics cards. CEO Lisa Su will personally talk about the new AMD products.

This broadcast has no direct connection to CES 2022, as the organizers have not invited Lisa Su to take part in the opening of the event in the coming year. This allows AMD to act independently, which is reflected even in the broadcast title & ; «2022 Product Premiere». It obviously hints at the company's desire to present new products during the broadcast. The succinct press release states that Lisa Su will highlight innovations and solutions, including AMD's upcoming AMD Ryzen processors and AMD Radeon graphics cards. The live broadcast will be available to watch on AMD's YouTube channel starting at 6 p.m. Moscow time on Jan. 4, 2022, and those who missed the live broadcast can watch a recording of the event on AMD's website. From the early revelations of the company's representatives, we know that in early 2022 the company is going to present updated Ryzen desktop processors, as well as new mobile processors. It is not excluded that in the area of graphics we will talk about representatives of RDNA 3 architecture, which should debut in 2022.