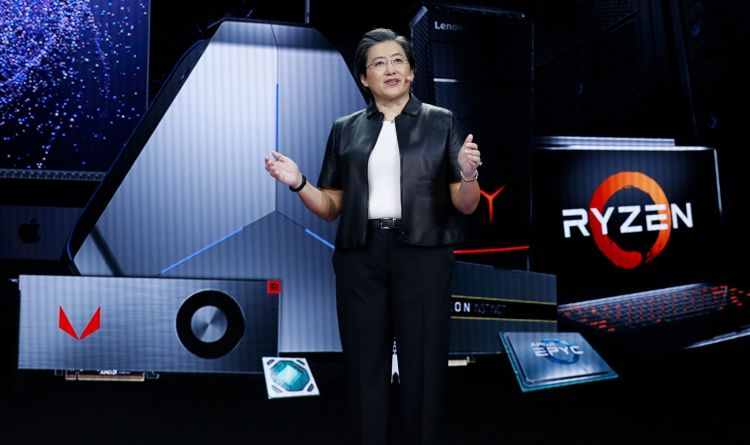 A recent Jon Peddie Research study showed that in the discrete graphics segment AMD was able to consistently increase its market share from 20 to 21 % by the end of the third quarter, although it lost the same percentage point to NVIDIA in the year-to-date comparison. AMD management is confident that in the graphics market, the company will be able to increase its share over the next few quarters.

Such remarks were made at the Barclays technology conference by AMD Senior Vice President Ruth Cotter, who is responsible not only for global marketing at the company, but also for human resources policy and investor relations. Ms. Cotter is encouraged by the success of AMD graphics solutions with RDNA 2 architecture. According to her, over the last year and a half the graphics cards have been in high demand, and this indicates a high interest to them from gamers. Summer has seen the appearance of more affordable representatives of RDNA 2 generation, namely the mass price segment forms the mainstream of sales, so AMD expects to maintain the trend of increasing market share in the discrete graphics segment over the next few quarters. The appearance on the market representatives of the RDNA 3 architecture will only enhance this effect, although during the event Barclays representative AMD and did not specify when it will happen. Judging by the early comments of the company's management and the materials of the official presentation for AMD investors, the debut of RDNA 3 graphics architecture is scheduled for 2022. Demand for graphics will remain strong next year, and AMD should move to regain lost ground in the market, according to Ruth Cotter. In the PC segment as a whole, AMD has also steadily increased its market share over the past twelve months, but predominantly in monetary terms. Positive momentum was also seen in units, but it was held back by component shortages, and was most pronounced in the notebook market. Next year, according to AMD forecasts, about 350 million personal computers will be sold in the world. The company is set to strengthen its position in the upper price segments, offer new platforms and expand its presence in the corporate sector. There are all the conditions for AMD's market share growth in the PC segment to continue next year, as summarized by the company's senior vice president.