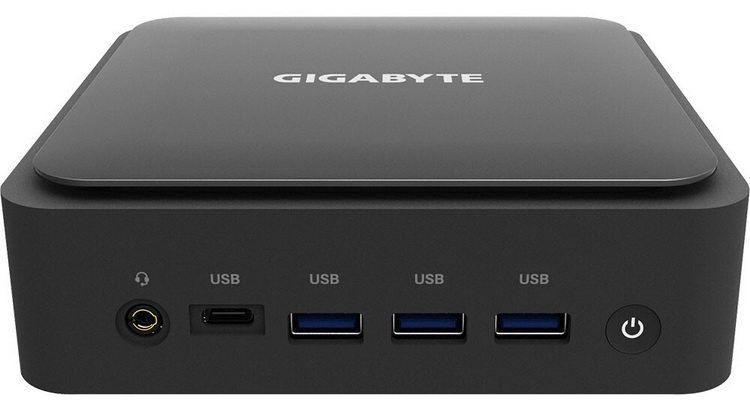 Gigabyte has unveiled its new BRIX Extreme series of compact nettops. These mini-PCs are based on AMD Ryzen 5000U hybrid processors.

The manufacturer will offer three processor models for the BRIX Extreme: the quad-core Ryzen 3 5300U, the six-core Ryzen 5 5500U or the eight-core Ryzen 7 5700U. For these chips, the TDP rating is 15 watts. All three are based on Zen 2 architecture. The Gigabyte BRIX Extreme & ; is the first system to use AMD's new RZ608 networking module with support for Wi-Fi 6 and Bluetooth 5.2 wireless standards. It is manufactured by AMD together with MediaTek.

The compact PC also includes up to 7 USB 3.2 connectors, one 2.5 Gbit LAN socket, M.2 PCIe 3.0 connector for NVMe storage, two HDMI 2.0a, one mini-DisplayPort 1.4 and one USB Type-C with DisplayPort 1.4 support. The system will be offered in two versions: a smaller case and a larger case. The latter has space for a 2.5-inch drive, which can also accommodate Gigabyte's proposed expansion cards. One will add two extra M.2 drive slots (SATA and PCIe 3.0 x1), the second & ; an extra slot for M.2 SSD as well as a couple of extra RJ-45 connectors (Ethernet and RS-232).

The Gigabyte BRIX nettop also comes with an external 135W power supply. The manufacturer didn't say anything about prices, but said it would be competitive with similar offerings on the market. The nettop is expected to go on sale early next year.