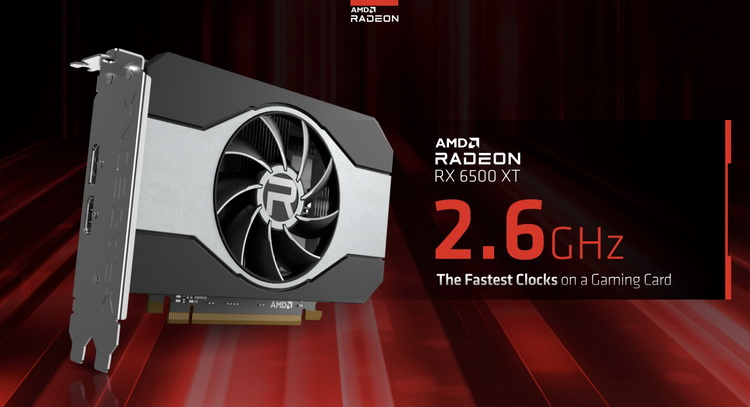 AMD has announced the start of sales of its entry-level Radeon RX 6500 XT gaming graphics gas pedal. The new product is positioned as a replacement for such graphics card models as the GeForce GTX 1650 and Radeon RX 570, and is designed for gaming at 1080p resolution.

The Radeon RX 6500 XT is based on the Navi 24 GPU, developed using TSMC's 6nm N6 manufacturing process. The chip includes 16 execution units with 1024 stream processors and 16 blocks of hardware ray tracing acceleration. The gaming frequency of the processor is declared at 2610 MHz, and the maximum & ; at 2815 MHz.

The card will not be released in the reference design. Its implementation will be done by AMD partners, which have already presented their versions of the gas pedal;

The recommended price of Radeon RX 6500 XT is announced at $199. However, at that price you will unlikely be able to find the new product on sale. Previously, some manufacturers have already announced the price of their version of this graphics card. For example, ASUS models got the recommended price from 300 euros;