AMD head: future Socket AM5 platform will get long support 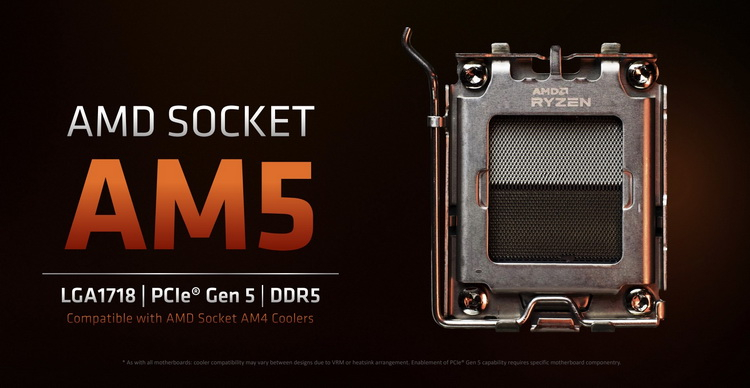 Head of AMD company Lisa Su participated in a big interview, where, in particular, the topic of the future Socket AM5 desktop platform was touched. The upcoming Ryzen 7000 processors, which are expected to be released in the second half of this year, will use this platform.

In particular, journalist Paul Alcorn of Tom's Hardware asked whether the company plans to provide long-lasting support for the AM5 platform, as it did for the still current Socket AM4 platform. According to Lisa Suh, the future AMD AM5 platform "will get a long life". However, the head of AMD did not specify how many years in question. It should be recalled that the AMD Socket AM4 platform debuted simultaneously with the first generation of AMD Ryzen processors in March 2017. Since then, it remains the main for the manufacturer, and the company is still releasing new products for it. Take for example the recent announcement of the Ryzen 7 5800X3D processor with 3D V-Cache technology, which is expected to be released this spring. The AMD AM4 platform was designed with a large margin, with support for dual channel DDR4 memory and up to 28 PCIe lanes. Initially these were PCIe 3.0, but with the release of chips on Zen 2 and the 500 series of AMD chipsets, the platform gained PCIe 4.0 support. The change to Socket AM5 is due to the transition to a new generation of DDR5 RAM with support for four 40-bit channels and the introduction of the PCIe 5.0 interface. "We are very pleased with how the AM4 platform has evolved. We initially said it would get long-lasting support. That's what eventually happened. But with the advent of new technologies, it was time for a platform change. I can't say exactly how many years the new AM5 platform will be supported, but I can say that support will be as long as AM4. I believe that the AM4 platform will stay on the market for a few more years and will play a role of an alternative solution to some extent", commented Lisa Su.