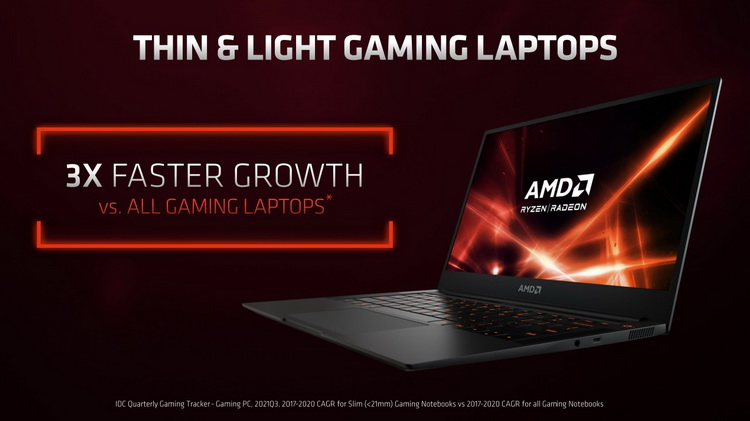 The Radeon RX 6800S model is ready to deliver more than 100 frames per second in games at maximum graphics settings. The Radeon RX 6600S is claimed to deliver more than 80fps in games with high graphics settings. However, the manufacturer does not specify what screen resolution is in question. As part of the graphics chip model Radeon RX 6800S there are 32 processing units operating at a frequency of up to 1975 MHz. The card has 8 GB of GDDR6 memory with 128 bit bus support and an effective frequency of 16 GHz, as well as 32 MB of Infinity Cache, which in total provides a memory bandwidth of 256 GB/s for the main memory stack.

Radeon RX 6850M XT has 40 processing units (like Radeon RX 6800M), working in the frequency range from 2300 to 2463 MHz. The card has 12 GB of GDDR6 memory with 18 GHz effective bandwidth and 192-bit bus bit support, as well as 96 MB of dedicated Infinity Cache memory. The new system has a main memory bandwidth of 432 GB/s. The declared maximum power consumption of a graphics card is 165W.