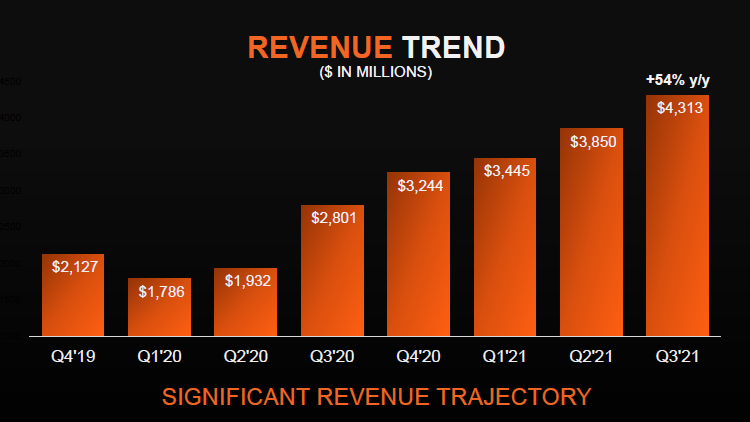 AMD executives just have to report on the results of last year the first of February, and Gartner experts have already determined that at the end of the reporting period the company increased revenue by 64.4 %. Piper Sandler experts believe that further AMD revenue growth will slow due to similar processes in the PC market, as well as the impact of the deal with Xilinx. Since the beginning of the year AMD shares fell in price by 11 %.

AMD shares ended yesterday's trading down 5 % to $121.89, and Piper Sandler representatives determined that their fair value does not exceed $130. According to analysts, over the next two quarters, AMD's financial performance will live up to investors' expectations, but further this cannot be guaranteed. Demand in the PC market will stop growing at the previous pace, and this will inevitably affect the company's business. The second factor, which can worsen the dynamics of AMD's financial performance & ; is the upcoming deal on the absorption of Xilinx. In the current year the latter will gain about $4 billion, as investors expect, increasing the corresponding figure by a modest 10 %. On the background of AMD's former dynamic performance, this is quite small, and the merger with Xilinx will be able to slow down the revenue growth of the entire company & ; to 22 % by the end of 2022, for example. At the level of operating profit margin, the deal with Xilinx won't give AMD much momentum either; it's unlikely to exceed 26 % in the first year. Analysts at Piper Sandler also expect a correction throughout the market of shares of companies in the technology sector with a large price-to-earnings ratio per share. In the case of AMD this ratio exceeds 37, and therefore leaves sufficient margin for a possible rate correction.