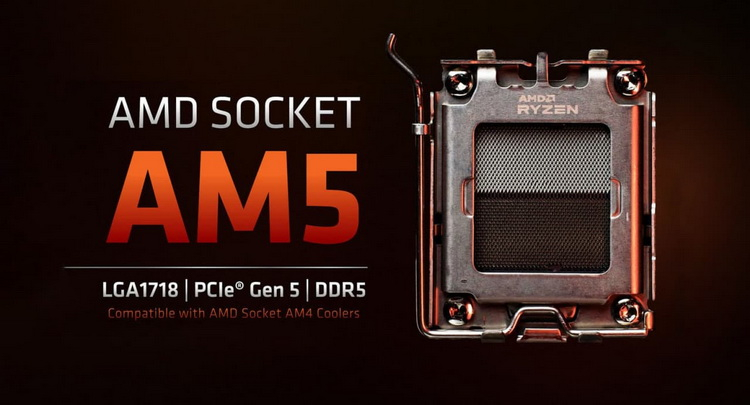 AMD will introduce the AMD RAMP (Ryzen Accelerated Memory Profile) overclocking tool for the AM5 platform. The technology will be the successor to solutions such as A-XMP and AMP (AMD Memory Profile), and will be analogous to the XMP 3.0 profiles that Intel uses to automatically overclock DDR5 RAM beyond JEDEC stated specifications in Alder Lake-based systems.

Rumors about AMD's RAMP development began to circulate right after AMD showed off a sample Ryzen 7000 (Raphael) desktop processor on the Zen 4 architecture at CES 2022. One of the developers of PC monitoring software HWiNFO shared a little more information about it in a conversation with ComputerBase. The latest beta version of this software (7.17) includes AMD RAMP pre-release support. The author of the application pointed out that AMD RAMP stands for AMD Ryzen Accelerated Memory Profile. According to him, the feature is designed to overclock DDR5 memory modules similar to Intel XMP 3.0 profiles.

Since most memory manufacturers today add support for Intel XMP profiles to their products, we can assume that AMD's counterpart will work in a similar way. Moreover, it is very likely that both technologies will be interchangeable. In other words, DDR5 modules that get AMD RAMP support will probably also work with Intel XMP 3.0 profiles. However, AMD will likely also enlist the support of some RAM manufacturers to release exclusive memory modules for it, as it did in the past;

In the past, AMD A-XMP and AMP (AMD Memory Profile) for RAM were not as widespread as Intel XMP. For this reason, some motherboard manufacturers offered their own solutions for memory overclocking on AMD platforms. For example, ASUS uses DOCP (Direct Overclocking Profile) and Gigabyte uses EOCP (Extended Overclocking Profile). Many other memory overclocking solutions utilize Intel XMP profiles, which are known to work not only on Intel motherboards, but also on AMD ones. Whether AMD RAMP will be popular among manufacturers & ; depends primarily on how popular will be the entire AMD AM5 platform and Ryzen 7000 processors in general. Recall that their release is expected in the second half of this year.