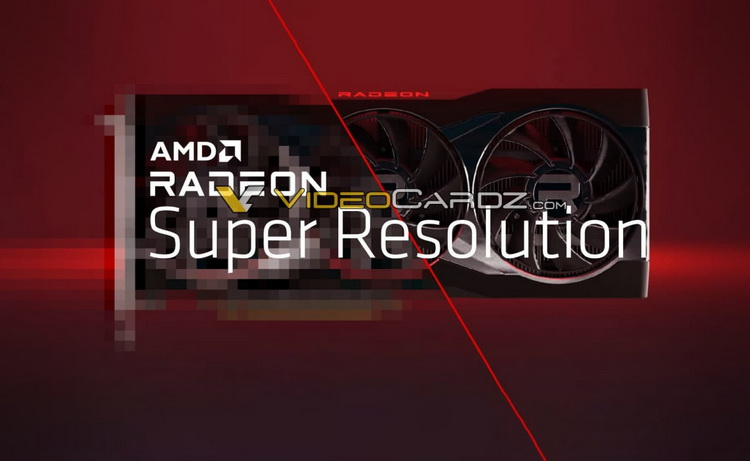 AMD will introduce Radeon Super Resolution (RSR) technology for its graphics cards, which will be an analogue of the spatial image scaling (upscaling) technology in games NVIDIA Image Scaling. According to VideoCardz, in fact it's about FidelityFX Super Resolution (FSR), but at the level of the driver and with support for most games.

The word «most» was added for a reason. RSR technology will only work in games that support «exclusive full screen» mode. Fortunately, the majority of today's gaming projects have such support. Reportedly, the RSR technology is based on the FSR 1.1 algorithm and will work at the driver level. The technology allows to bypass the main problem associated with the use of proprietary image scaling technologies, which are an integral part of the graphics pipeline. Most often, this problem manifests itself in the complexity of scaling the user interface in games, which is usually rendered in native resolution. In other words, RSR will not require support from game developers, because the function will be implemented directly through the video driver Radeon.

Radeon Super Resolution technology will be introduced in January. At the moment, we know that it will be supported by Radeon RX 5000 graphics cards and newer. Nothing is known about support of older AMD graphics gas pedals yet. More details about RSR technology we are likely to find out during CES 2022.