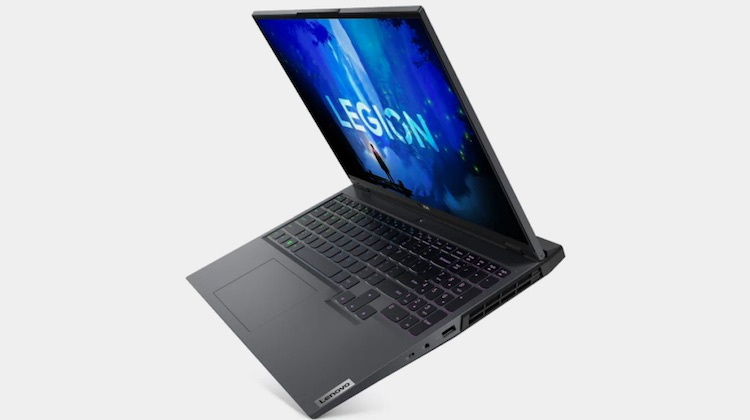 The updated Legion 5i Pro is based on 12th generation Intel Alder Lake processors. The most advanced of the chips available in the new products is the Core i7-12700H. The Legion 5 Pro comes with Ryzen 6000 processors, which AMD introduced earlier. Both computers will offer users up to 32 GB of DDR5 RAM at up to 4800 MHz. Storage capacity can be up to 1TB. Lenovo did not disclose the models of GPUs that will be used in the new products, saying only that they will be NVIDIA GeForce RTX 30xx series. Specifications show that at least one of the laptops will get 8GB of graphics memory, indicating it will use a GeForce RTX 3070 or RTX 3070 Ti. Lenovo said the flagship Legion laptops will feature the latest Coldfront 4.0 cooling system, which will be significantly quieter and provide more efficient heat dissipation than the CO in previous generation laptops. This will allow the latest gaming notebooks to keep the GPU running at a high frequency for longer. The Legion 5 Pro and 5i Pro feature a 16-inch IPS display with WQHD+ resolution and 240Hz refresh rate and 16:10 aspect ratio. The maximum brightness of the screen is 500 cd/m2. Support for Dolby Vision is announced. A pair of 2W speakers is responsible for the sound reproduction. Notebooks are made in magnesium-aluminum alloy cases. They inherited the keyboard and trackpad from the 2021 models. Another improvement is in the wireless modules - the novelties support Wi-Fi 6E. Lenovo Legion 5i Pro will go on sale in February at a price starting at $1570. Legion 5 Pro will be released in April. The notebook will have a starting price of $1430.

The more affordable Legion 5 and 5i will target gamers demanding laptop portability. They will offer cases 15% thinner than the laptops with the Pro prefix. The Legion 5 will come with AMD Ryzen 6000 processors, while the Legion 5i will boast Intel Core Alder Lake chips. They will get 15.6-inch screens with 1440p resolution and NVIDIA GeForce graphics cards up to RTX 3060. The cost and availability of these devices have not yet been announced.