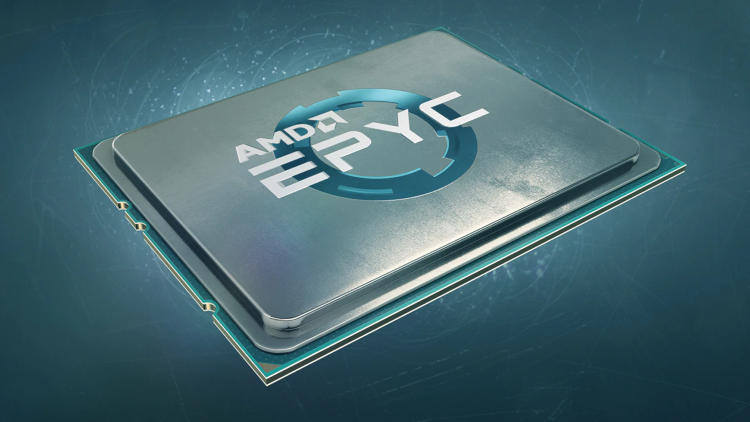 Late test samples (Qualification Samples, QS) of AMD EPYC 7773X processors have been found on Chinese Taobao marketplace, they are being offered for $2 823.97, which is almost 4 times cheaper than the official retail price.

AMD announced EPYC Milan-X series server processors with 3D V-Cache technology last November. The company didn't specify an exact release date for the Milan-X chips, only saying that they will be available in Q1 2022 - apparently, that's why the late test samples have already leaked onto the market. Milan-X processors are based on the same Zen 3 cores and the same 7nm process technology as the Milan chips. The flagship EPYC 7773X from China boasts 64 cores, 128 threads and 768 Mbytes of L3 cache due to 3D V-Cache technology. It has a TDP of 280W with a base clock frequency of 2.2GHz and a peak clock frequency of 3.5GHz. Back in August one of the biggest B2B retailers published the price of this processor on its website, and it was an impressive $10 746,99. It's not surprising that the Taobao seller is asking just over a quarter of the price for a pre-production EPYC 7773X. It's not quite legal to sell such kind of products, and the specifications of the prototype presented on the site don't match the final ones: the base clock frequency is 2.1 GHz, which is 100 MHz less than the manufacturer's one, and there's no information about the peak clock frequency. The Milan-X processors will not require a motherboard upgrade and will fit into the same SP3 socket as the Milan. But it is possible that a firmware upgrade will be required.