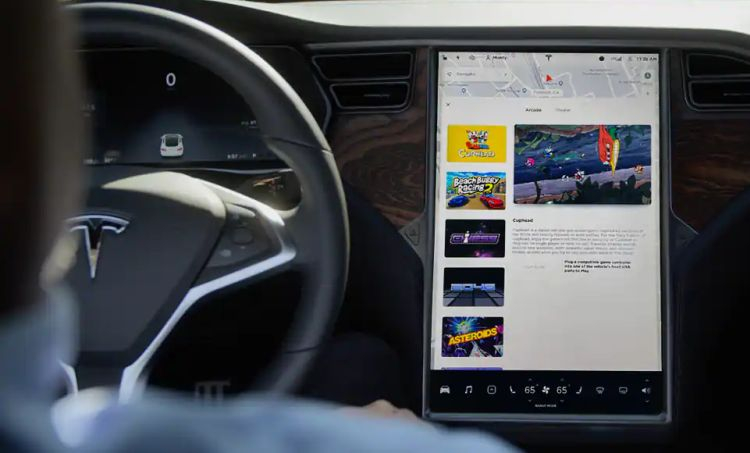 The AMD Ryzen processor-based infotainment system originally appeared aboard the older Tesla Model S and Model X electric cars, but it's now being used by the younger cars in the line & ; the Model 3 and Model Y. Some customers have noted that the company has notified them of the electric cars' reduced range because of this change.

Previously, the Tesla Model 3 and Model Y's onboard system was satisfied with Intel Atom processors, which, against AMD Ryzen, had lower power consumption, though at the same time were inferior in speed. Modernization of onboard electronics, as noted by the resource InsideEVs, required Tesla in some regions of sales of electric cars to notify customers about changes in the consumer qualities of the delivered products & ; for example, it happened in Australia. The upgraded electric car Tesla Model 3 with AMD Ryzen processor on board, as explained, is able to drive 602 km on the conditional WLTP cycle, 22 km less than with the old multi-media complex. In general, depending on the type of drive, traction battery capacity and the size of the wheels, as noted by the source, the range of the Tesla Model 3 can be reduced by a value of 11 to 22 km. Curiously, the Tesla Model Y has survived this upgrade without any losses. On the contrary, the range of this crossover even increased by the value from 26 to 34 km on the conditional WLTP cycle. This can be explained by the presence of a higher-capacity battery or other optimizations related to energy consumption. In this case, the appearance of the more voracious AMD Ryzen processor simply did not affect the range to the extent that it is observed in the Tesla Model 3.