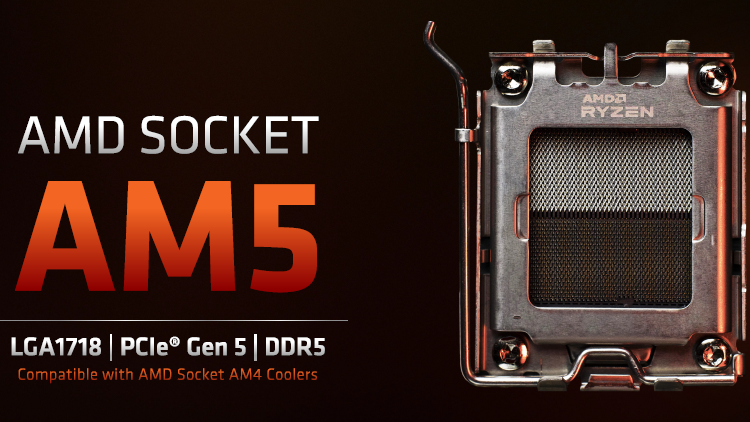 According to AMD representatives, AMD AM5 processors with DDR5 memory and PCI Express 5.0 speed bus support should appear in the second half of the year, judging from the AMD presentation at CES 2022. At the same time they emphasize that the exact timing of hybrid processors appearance will depend on the situation with DDR5 memory prices.

Tom’s Hardware managed to talk to David McAfee, who is corporate vice president and general manager of client business at AMD. According to him, the company will take into account both the availability of DDR5 memory, as well as the level of prices for it, when deciding on the timing of market launch of Socket AM5 platform. AMD is going to closely monitor the expansion of DDR5 in the market to choose the best timing for customers to debut Socket AM5. Rembrandt hybrid processors, which combine Zen 3+ compute architecture and RDNA 2 graphics architecture, will offer desktop support for DDR5 and therefore require the use of Socket AM5. They don't have DDR4 support at all, that's why the most important factor to choose the moment of announcement will be exactly how much DDR5 modules are spreading out in the market and their price. In the case of mobile versions of Rembrandt this factor did not play a particular role, because they both support LPDDR5, availability of which is not a problem. In the desktop segment, the deficit of DIMM modules with DDR5 chips is determined by the lack of a sufficient number of power management circuits, which are placed on the module itself. Later, when the shortage problem eases, more Ryzen 6000-based laptops with SODIMM-type DDR5 memory modules will hit the market. Remind that in the second half of the year will debut AMD Ryzen processors with Zen 4 architecture, which will be manufactured with 5nm technology and also installed in the socket AM5. In fact, the availability of DDR5 is important mainly in terms of timing the release of hybrid processors in this version, which are aimed at a wide range of consumers. Raphael processors without integrated graphics will play in the higher price range, in their case, the availability and cost of DDR5 are not so important.