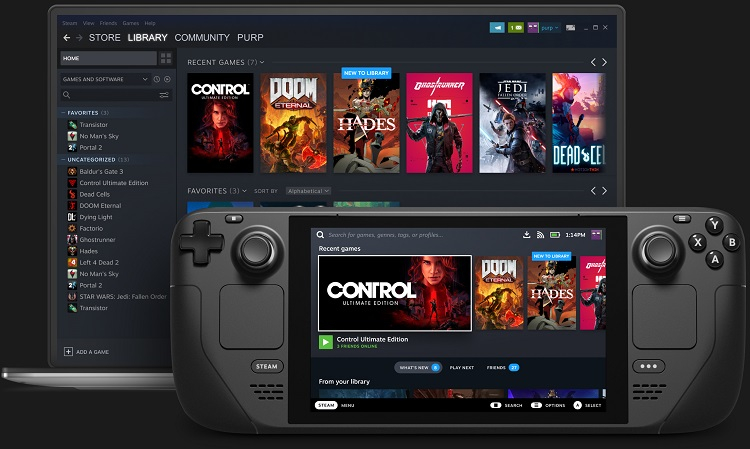 The technology is built into the SteamOS operating system itself - meaning that FSR can be activated even for games that don't support AMD's scaling technology, but are compatible with Valve's handheld. In the case of projects where FSR support is provided by the developers themselves, gamers are advised to use the official implementation of the technology. This ensures that FSR will not affect other game elements - for example, the readability of UI elements, which otherwise will be scaled from a lower resolution, as well as the game itself. At the same time, the fact that Steam Deck has a low resolution display (720p) can noticeably affect the picture quality after AMD FSR is activated in the game, officially not supporting this technology. This is where the sharpening filters built into a particular project should come in to help. AMD FidelityFX Super Resolution is a technology that allows increasing frame rate without affecting graphics quality. It renders frames with a lower resolution and then scales them using a special algorithm, which allows spending less computing power. Remind also that yesterday the PC-version of Cyberpunk 2077 got the AMD FSR support with the patch 1.5 release.