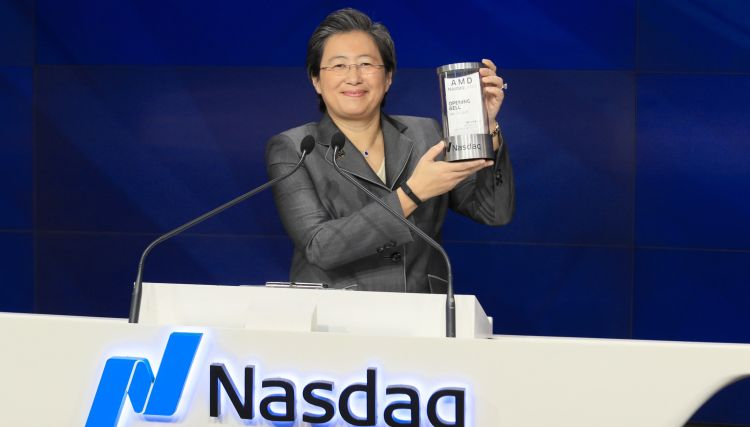 Analysts share the fears of market participants about the inevitability of correction in the PC market, which has been showing impressive growth rates for two years in a row. Statements by Barclays and Morgan Stanley experts about expected decline in demand in the PC segment in 2023 caused a drop in the share price not only of AMD, but also of HP Inc. and Dell, one of the top three PC producers.

Back in the evening, Barclays said that AMD's three key businesses, which could include the PC, gaming and Xilinx-related assets segments, have been growing at a higher rate than the overall market in recent quarters, and that state of affairs can't last forever. In 2023, AMD's expansion in these segments is likely to find a more modest pace. Barclays is lowering its outlook on AMD stock from $148 to $115, and those securities ended yesterday's trading session down 8.29%. This year, however, AMD will be able to increase revenues by 31% and win back some positions from Intel, according to Barclays, and difficulties may begin next year. In the future the company's business dynamics will largely depend on the success of Intel and Arm processors in 2024 and 2025. Morgan Stanley experts in passing said about the risk of deterioration of business conditions for computer manufacturers HP Inc. and Dell. Macroeconomic uncertainty and rising inflation will cause corporate customers to reduce spending on the purchase of computer equipment. Demand after two years of uninterrupted growth and market functioning in deficit conditions will be approaching a normal trend. Earlier in the Morgan Stanley based on the forecast of growth in sales volume for the PC on the current year by 4%, but now analysts are based on the probable decline by 6%. But the server segment this year should demonstrate stable sales volumes and revenues. Against the background of such statements Dell shares went down by 7.6 % to $50.19, and HP Inc. shares went down by 6.5 % to $36.30. In case of AMD stock price dynamics, the current correction doesn't cancel the fact that during the previous 12 months its price grew by 39%, having outstripped many stock indices several times. The shares of HP Inc. and Dell in this respect demonstrated the dynamics comparable to the rest of the stock market.