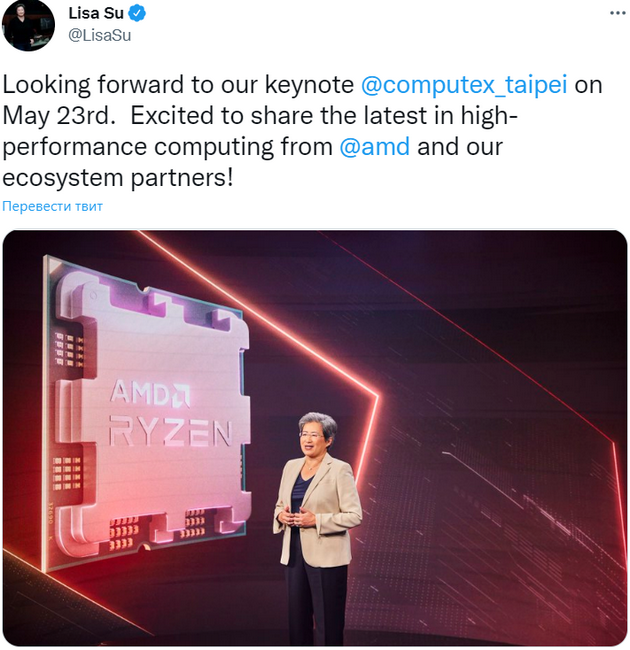 AMD CEO Lisa Su will be giving a keynote speech at Computex 2022 this coming Monday, May 23.Today, she gave a reminder of the upcoming event and hinted at the topics that will be touched upon there.In her tweet, Ms.Su noted that she will share details about \"the latest in high-performance computing from AMD and its partners.\" The picture with the picture of AMD Ryzen processor in new Socket AM5, which was taken during one of Liza Suh's previous presentations, accompanies this message.Thereby we get a clear hint that in a few days we will hear the latest details about AMD Ryzen 7000 series processors, built based on the new Zen 4 architecture and designed in socket AM5.Recall, these processors will bring not only fresh architecture with better performance, but also the support for DDR5 memory, and probably PCIe 5.0 interface.