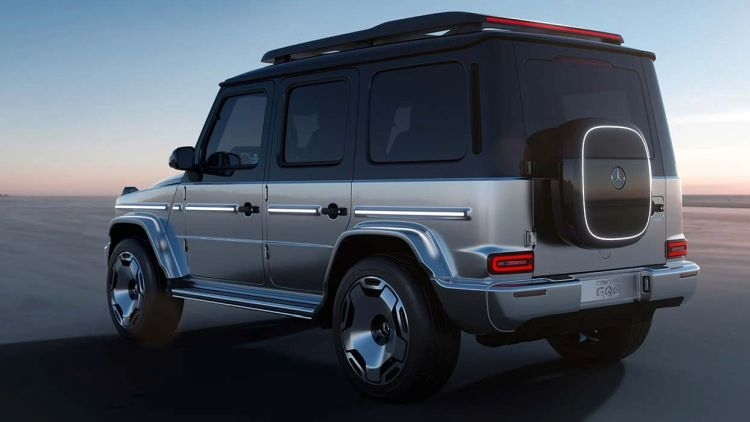 Last fall, Mercedes-Benz showed at the IAA Mobility exhibition a concept EQC, which is destined to become a precursor of the electric version of the legendary \"Gelandwagen\" - a heavy four-wheel drive vehicle, which is inferior in its overall dimensions to American competitors.It is on this model should debut a new type of battery with a high content of silicon in the anode, which will provide the SUV sufficient range.Image source: Mercedes-BenzAs explained in a press release on the website of the German automaker, by 2025 should bring its benefits after years of cooperation with the young California company Sila Nanotechnologies, which was founded in 2011 and eight years later began receiving funding from Mercedes-Benz.The company's developments are aimed at creating anodes for lithium batteries, which due to their high silicon content allow increasing the energy storage density by 20-40% up to 800W‧h per liter of traction battery volume.It is in the electric version of the G-Class that such batteries will debut, which will be produced using anodes produced by Sila.The latter will set up production of the necessary components at its facility in Washington state, for the construction of which several hundred million dollars have been allocated.This site will initially use 100 percent energy from renewable sources and will start operating in 2024.Although Mercedes-Benz will be Sila's first commercial customer, it is unlikely to be the only one, since the startup is also working with rival BMW.Sila was founded by a former Tesla specialist and managed to raise about $590 million in investments last year, and the startup's current capitalization is estimated at $3.3 billion.