Apacer and Zadak announce the world's first consumer SSD with PCIe 5.0 - up to 13,000 Mbytes/s 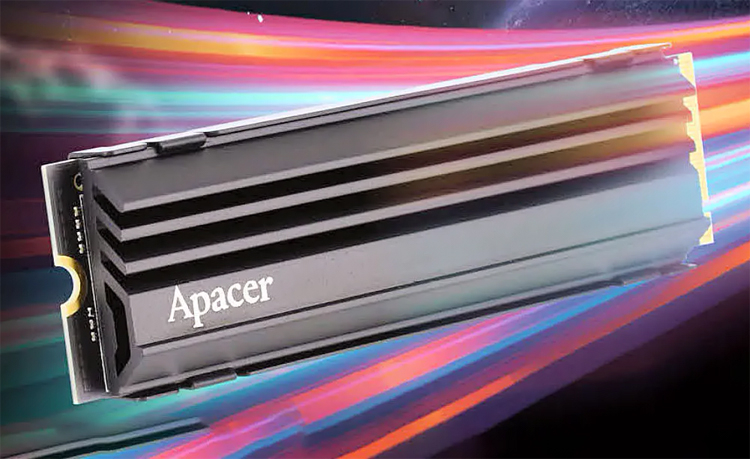 Apacer and Zadak have announced the world's first M.2 SSD equipped with a PCIe 5.0 interface.Apacer's new SSD is AS2280F5, while Zadak's is called TWSG5.Both have the same features.Image source: WccftechThe novelties offer very high performance.They are made according to the NVMe 2.0 specification.The claimed sequential read speed reaches 13,000 Mbytes/s, sequential write speed - 12,000 Mbytes/s.Random write performance figures have not yet been specified.The Zadak TWSG5 SSDs come equipped with two radiators, an aluminum one and an ultra-thin graphene one.This allows its use in various computer form factors, including notebooks.Apacer devices are also equipped with cooling radiator, but only large aluminum one.It is noted that the new SSDs have backward compatibility with M.2 PCIe 4.0 slots, but of course they can not provide the claimed speed there.All novelties are provided with a five-year warranty.Information about capacity options and approximate price is unfortunately not available at the moment.