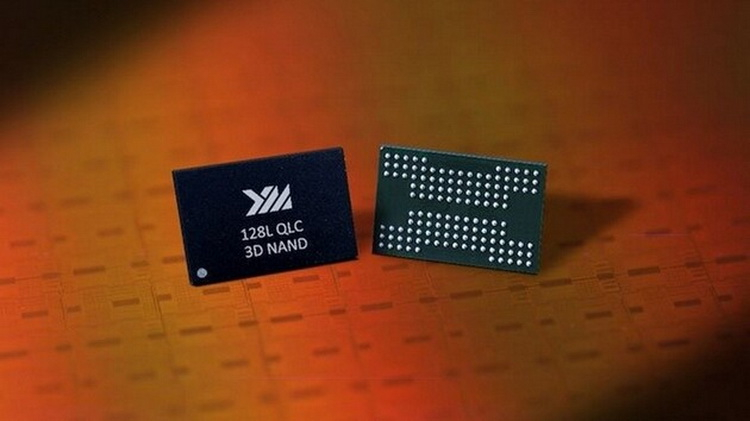 Yangtze Memory Technologies (YMTC), the largest Chinese manufacturer of 3D NAND flash memory chips, announced that it has already begun sending out samples of the new 192-layer 3D NAND flash memory chips to customers.A full-scale release of the chips could occur by the end of the year, according to DigiTimes.Image source: YMTC is producing 128-layer 3D NAND flash memory chips in volume production, providing strong competition for manufacturers in Korea, Japan and the United States.Experts praise Chinese chips for their high density and throughput, which the company has managed to achieve during its transition to the new architecture Xtacking 2.0.Xtacking architecture is a proprietary YMTC development.It is the basis for the production of 64-layer NAND chips.Last year, the Chinese manufacturer switched to Xtacking 2.0 technology, which has provided a number of advantages for the family of 128-layer products.DigiTimes reports that YMTC overcame all the difficulties associated with the mass production of 128-layer memory type 3D NAND and set up its production.The company has increased its monthly silicon wafer processing capacity to 100,000.Insiders say that the NAND memory from the company YMTC interested even in Apple, which will consider using them in their products.Chinese manufacturer has set a goal by the end of 2023 to win 7-8% of the world market of NAND memory production.In terms of volume, this means processing 200 thousand silicon wafers per month.