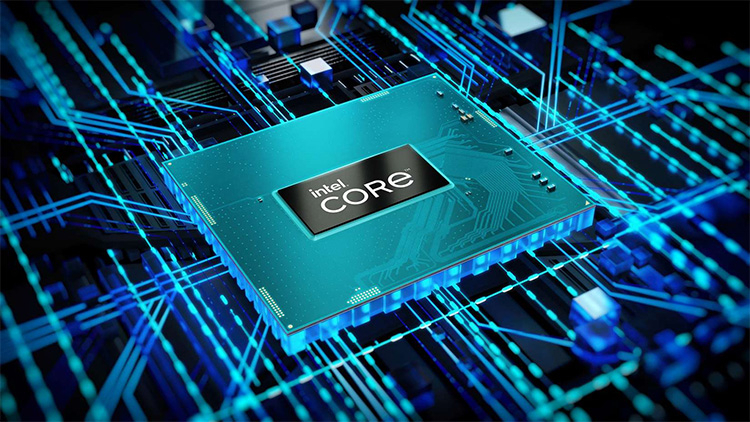 Although new 16-core mobile Intel Alder Lake-HX processors designed for portable workstations and powerful gaming notebooks were only introduced a few days ago, Chinese publications are already starting to publish their reviews.For example, Chinese Golden Pig Upgrade Pack published a review of the Core i7-12800HX chip.Image source: Intel Intel notes that Alder Lake-HX series contains processors that are designed based on the same semiconductor chips that are used in desktop Alder Lake-S, but are optimized in terms of power consumption and transferred to BGA-package.There's another aspect that makes the mobile Alder Lake-HX chipsets similar to the desktop ones.They require a separate HM670 chipset on the laptop's motherboard, unlike the same mobile Alder Lake-P, where the chipset is built into a separate chip on the same substrate as the CPU's processing cores.Alder Lake-HX chips support 16 PCIe 5.0 lines for graphics card connection and 4 PCIe 4.0 lines for NVMe SSD.Support for an additional 16 PCIe 4.0 lanes and 12 PCIe 3.0 lanes is provided by the chipset.The presence of the Intel HM670 chipset can be seen in the photo below (compact chip circled in red), which also features the NVIDIA GN20-E6 GPU, the backbone of the mobile GeForce RTX 3070 Ti.On the right side of the photo is the Core i7-12800HX. The laptop board is based on the Core i7-12800HX.Image source: Golden Pig Upgrade RaskThe difference between the mobile BGA and desktop LGA chip packaging is also there.The former is 2.2 mm thinner than the desktop version.Some SMD components of the mobile version of the chip have been moved to a different location on the substrate.However, the chip itself with the computing cores is in the same place, in the center.Alder Lake processors with a core formula 8P+8E.Image source: VideoCardzThe Chinese reviewer has reviewed two identical Lenovo Y9000P gaming laptops equipped with GeForce RTX 3070 Ti graphics gas pedals, as well as the same amount of DDR5-4800 RAM.The only difference between the laptops is in the processors.One uses a 14-core Core i7-12700H (Alder Lake-P) and the other uses a 16-core Core i7-12800HX (Alder Lake-HX).The PL1 and PL2 power consumption limits for the Alder Lake-P chip are 115 and 135 watts, while the Alder Lake-HX model is increased to 125 and 175 watts, respectively.The Core i7-12800HX offers nearly identical single-threaded performance to the Core i7-12700H.However, its multi-threaded performance is on average 15% better. Intel Core i7-12800HX and Core i7-12700H in synthetic tests.Image source: Golden Pig Upgrade RaskThe presence of two extra cores and 100 MHz of extra maximum clock speed, which in the Alder Lake-HX model is 4.8 GHz, doesn't make a difference in gaming. Intel Core i7-12800HX and Core i7-12700H in games.Image source: Golden Pig Upgrade RaskOba processors show about the same level of performance.The difference in favor of the Core i7-12800HX is only 2.56%, and that only in some AAA projects.