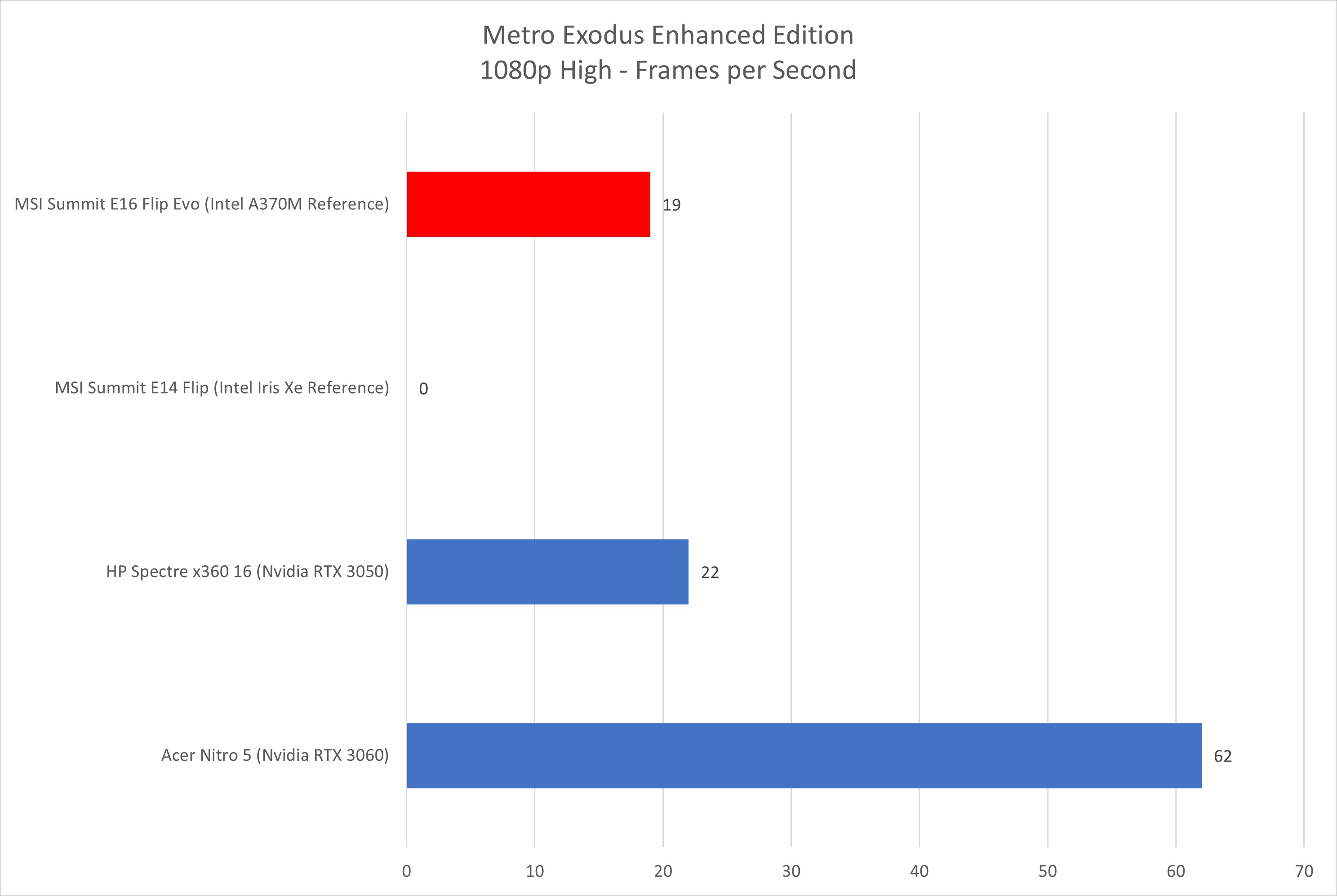 PCWorld was one of the first Western publications, who managed to test a notebook equipped with Intel Arc A370M discrete graphics gas pedal.It is noteworthy that journalists even had to visit the headquarters of Intel Jones Farm in Oregon, to get access to a laptop with this graphics card.Image source: PCWorld Recall that the official sales of laptops with graphics Arc A350M and A370M began March 30.However, at retail these laptops almost impossible to find.It turned out that the laptops in very limited quantities are available only in South Korea, where a temporary exclusive launch took place.Five weeks after the global release of Intel's mobile graphics card series, Western reviewers still have not received laptops with the new graphics.Apparently, the mass launch of Arc A-series graphics cards has been delayed, but Intel has not properly communicated this.Nevertheless, manufacturers are starting to gradually announce laptops with the Arc A350M and A370M.They should appear on sale in the summer.So far, when it comes to South Korea, only one laptop - Samsung Book2 Pro - has been officially on sale.It is equipped with the youngest gas pedal in the series - Intel Arc A350M.PCWorld got access to a forthcoming MSI Summit E16 Flip Evo laptop with Arc A370M graphics, as well as a number of other laptops for comparison.The Arc A370M has eight Xe cores and eight ray tracing blocks, and gets 4GB of GDDR6 memory with a 64-bit bus.Its power consumption ranges from 35 to 50W, similar to the mobile GeForce RTX 3050.In most tests, there were not too many tests, Arc A370M showed the same level of performance as the mobile GeForce RTX 3050.Recall that the latter is the weakest representative of the Ampere series of graphics cards.In the synthetic test 3DMark Time Spy video card Intel scored 4405 points.Mobile GeForce RTX 3050 showed the result of 3772 points. In Final Fantasy XIV: Endwalker game benchmark, Intel video card was a bit behind the competitor.The result is 7196 points against 7,639 points for the GeForce model. In Metro Exodus, the Intel Arc A370M discrete gas pedal was only 3 frames per second behind the competitor. In Shadow of the Tomb Raider at 1080p resolution Intel graphics card showed 59 frames per second.GeForce RTX 3050 model - 50 frames per second. The Topaz Video Enhance AI scaling test was done by Arc A370M gas pedal in 134 seconds.And mobile GeForce RTX 3050 did the task in 187 seconds. Taking into account the small number of games, synthetic tests, as well as test conditions, it is definitely too early to make final conclusions about the Arc A370M performance.