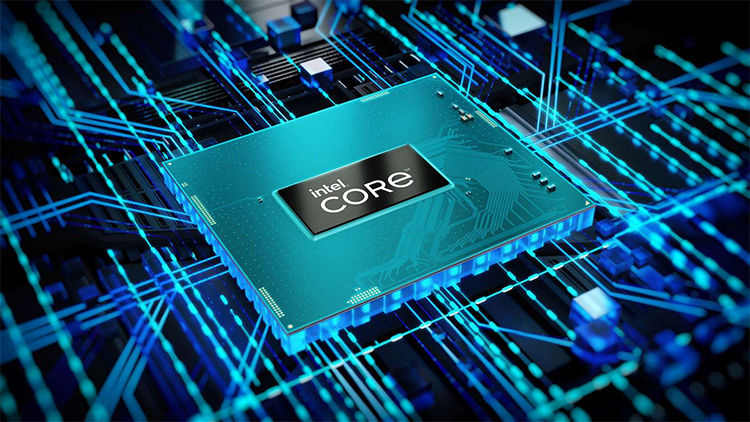 Intel introduced Alder Lake-HX - mobile processors designed for powerful workstation-class notebooks.The flagship of the family, the Core i9-12950HX, is the first mobile 16-core CPU (with eight efficient and eight power efficient cores) which can run at speeds up to 5.0 GHz.Intel says that such powerful processors may be of interest not only to professionals, but also to gamers.According to Daniel Rogers, senior director of mobile product marketing in Intel's client computing division, although the best mobile gaming processor is the Core i9-12900HK, the new HX series is also good for gaming notebooks.The 12th-generation Core HX series includes seven models with 8 to 16 cores and core formulas of 8P+8E, 6P+8E, 4P+8E and 4P+4E.All of them have quite high frequencies.High-performance cores can turbocharge to 4.4GHz-5.0GHz, depending on model, and power-efficient cores can run up to 3.1-3.6GHz.At the same time, all CPUs in the series have the same thermal package of 55W and a maximum consumption in turbo mode of 157W. As explained by Intel representatives, the Alder Lake-HX series combines processors designed on the basis of desktop semiconductor chips.In fact, it is the same desktop Alder Lake, but optimized in terms of energy efficiency and transferred to a BGA-package.So these processors have 16 PCIe 5.0 lanes for graphics card connectivity and 4 PCIe 4.0 lanes for NVMe SSDs.This deserves a separate mention because mobile processors like the Core i9-12900HK do not support the PCIe 5.0 bus.That said, Alder Lake-HX processors don't have a built-in Thunderbolt 4 controller. Alder Lake-HX-based systems are capable of running DDR5/LPDDR5 (up to 4800/5200 MHz) and DDR4/LPDDR4 (up to 3200/4267 MHz) memory.Capacities of up to 128GB are available.All 12th Gen Core HX models are overclockable (with some restrictions), and allow you to overclock the memory attached to them.According to the official data, the Core i9-12900HX in work applications outperforms the Core i9-12900HK, i9-11980HK and Ryzen R9-6900HX, but the exact scale of the advantage is not named. In addition, Intel cited results from testing the Core i9-12900HX in games with a GeForce RTX 3080 graphics card and DDR5-4800 memory, citing triple-digit FPS scores in popular games. Mobile workstations based on 12th generation Core HX series processors will soon be released by Dell, HP, Lenovo and other manufacturers.