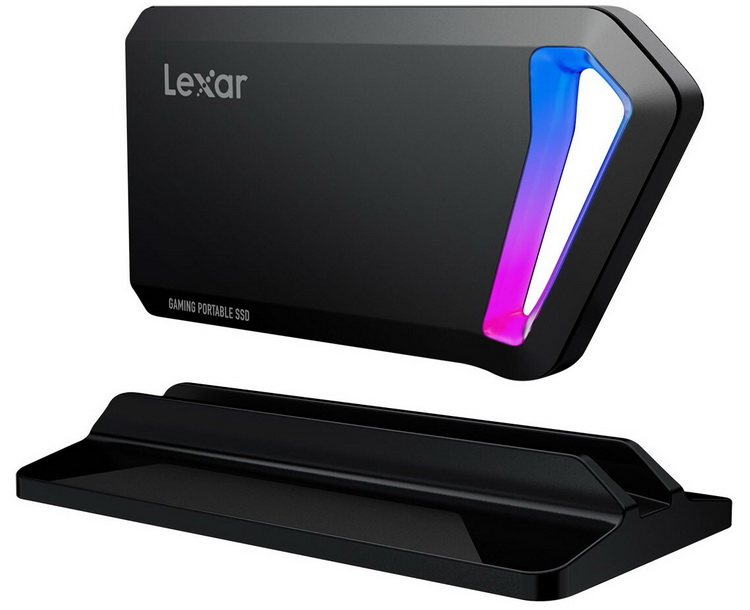 Lexar has introduced the Lexar SL660 BLAZE Gaming Portable SSD series.The new models feature sequential read speeds of up to 2000 MB/s and write speeds of up to 1900 MB/s.Image source: LexarThe series includes models with capacities of 512 GB and 1 TB.The drives are connected via a USB 3.2 Gen 2x2 interface.AES 256-bit AES encryption is available for each model.The gaming theme is emphasized by the attractive RGB-lit design.The series is compatible not only with PCs but also with game consoles.They come with USB-C to USB-C and also USB-C to USB-A cables.In addition, a stand is provided for vertical placement of the media.The Lexar SL660 BLAZE Gaming Portable SSD will go on sale this month.The 512GB model is priced at $130, and the 1TB version at $200.