NASA has re-established contact with the Martian Ingenuity helicopter 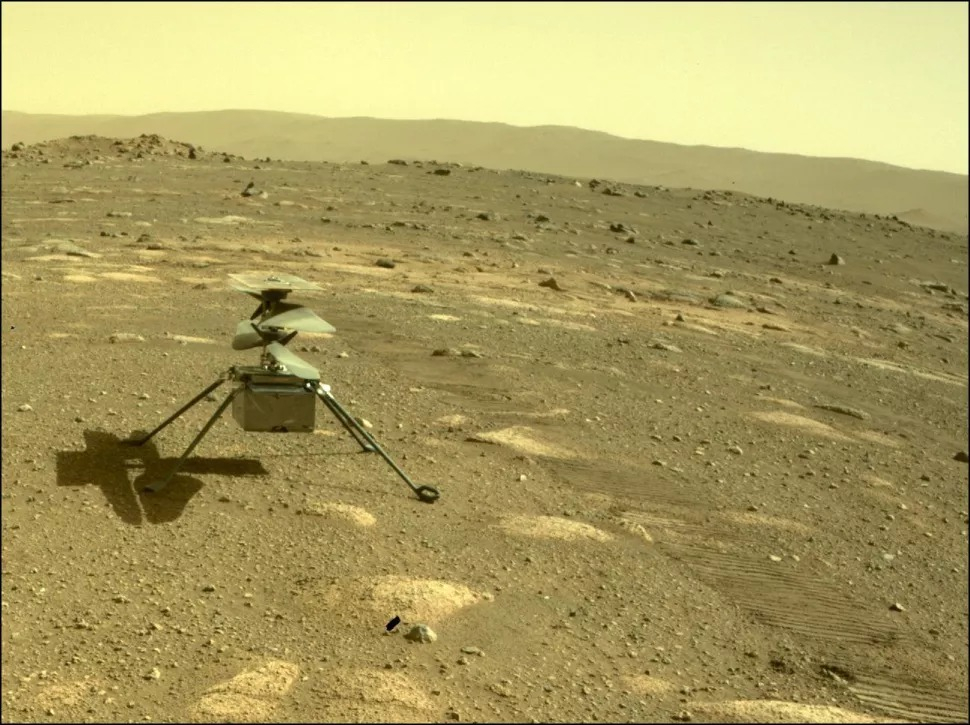 NASA's Jet Propulsion Laboratory (JPL) research center has again begun exchanging signals with the miniature Martian Ingenuity helicopter.It happened on May 5, and later the information was made public by representatives of the space agency.According to experts, the communication breakdowns occurred due to high dust pollution of the atmosphere in combination with low temperatures at the site.Image source: NASAWhich probably because of this solar-powered Ingenuity could not maintain contact with the base station - the rover Perseverance, which sends data from the helicopter to Earth through the satellite located in Mars orbit.According to JPL, the lack of light was preventing the helicopter's six lithium-ion batteries from charging, causing the so-called user-programmable gate array (FPGA) to shut down.Management recently approved Ingenuity to continue operating until at least the end of September, with 28 sorties so far.The small helicopter has already done more than what was expected of it - at the time of the Mars landing in February 2021 there were only five sorties planned.Last September, the rotor speed of the helicopter was increased to account for the seasonal decrease in atmospheric density in the mission area.So far, everything is going according to plan.The helicopter has flown a total of 6.9 km and is now being used as a scout before another cycle of Perseverance activity - the rover is exploring an ancient estuary of a dried-up river, where it is searching for potential traces of life.Recently, the mini-copter even took valuable pictures of Perseverance's spent landing system - allowing scientists to plan future missions.However, it stays active much longer than expected, and natural phenomena like dust storms take their toll on its performance.The FPGA module is crucial to the helicopter's performance, controlling the release of power for avionics and controlling the heating elements to keep Ingenuity operational during cold Martian nights.In addition, it is also responsible for timekeeping, critical, for example, for timely communication with Perseverance.Scientists speculate that after the Martian night power outage, the FPGA rebooted, causing the time settings to reset and the heaters to shut down.After the sun appeared and allowed the batteries to charge, the clock was out of sync with the rover's clock - when the helicopter \"thought\" it was time to contact the base, it was not set to receive.Image source: NASA To solve the problem, engineers had the rover wait for a signal throughout the Martian day on May 5, and at 11:45 local Martian time the signal from the helicopter was actually registered.Although the helicopter had little power, it was able to determine that the device's main systems were fine.Dust remains a major problem - it does not allow the batteries to charge as quickly as they would like to maintain round-the-clock operation.According to JPL, to keep Ingenuity operational, heating will now only be turned on when the temperature drops to -40 degrees Celsius (versus -15 previously), and other measures will be taken to conserve battery power.As a result, the helicopter's batteries will be able to charge enough to resume normal operations.There remains a risk that Ingenuity will not withstand the temperature stresses - in this area temperatures drop to -80 degrees Celsius.However, scientists note that the helicopter has already fulfilled the original plan - it was expected to remain functional for at least 30 Martian days, and this figure has long been achieved.