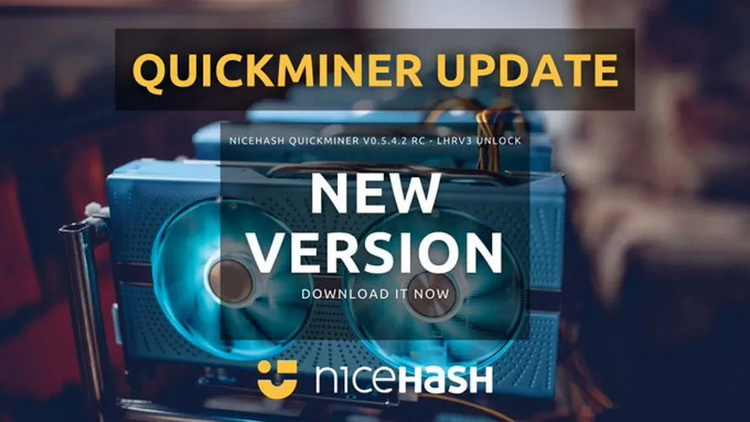 The NiceHash development team has released a new version of QuickMiner mining software that can almost completely unblock the mining performance of GeForce RTX 3000 graphics cards with the LHRv3 protection algorithm.The only video cards using this algorithm are the desktop GeForce RTX 3050 and GeForce RTX 3080 with 12GB.And these are some of the most in-demand models on the market.Image source: NiceHashRemind that the LHR protection algorithm approximately halves the theoretically possible performance of GeForce RTX 30-series graphics cards in mining the cryptocurrency Ethereum and several others.NVIDIA first introduced LHR technology in February 2021, with the release of the GeForce RTX 3060 gas pedal.In summer of the same year followed the release of updated versions of GeForce RTX 3080, RTX 3070, RTX 3060 Ti and RTX 3060 with a more sophisticated LHRv2 algorithm.In GeForce RTX 3050 and RTX 3080 12GB video cards released this year, the company has applied an even more sophisticated LHRv3 protection algorithm.On the packaging of gas pedals this information is not specified.Manufacturers simply use the LHR nameplate next to the card model name without specifying the version.However, with the release of the new version of QuickMiner application all GeForce RTX 30-series graphics cards can now show 90-100% of the theoretically possible performance in mining.Note that earlier NiceHash team and later NBMiner team released their applications, which fully unlock the mining performance potential of GeForce RTX 3000 graphics cards with the LHRv2 protection algorithm.Below is a table with the current performance level of gas pedals in mining, taking into account the latest news.In the requirements of the NiceHash QuickMiner mining application version 0.5.4.2 RC, it is stated that it requires an NVIDIA video driver version 512.15 or newer to work.