PowerColor unveiled the cutest version of the Radeon RX 6650 XT 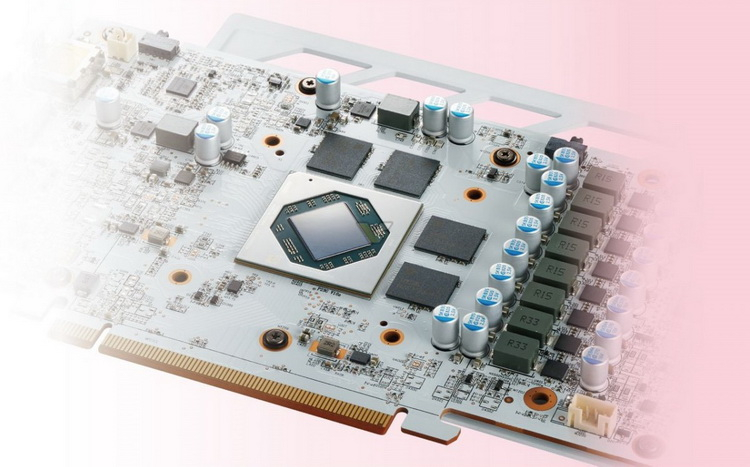 PowerColor unveiled perhaps the cutest version of the Radeon RX 6650 XT graphics gas pedal.A distinctive feature of the Hellhound Sakura Edition is the unusual white and pink coloring with drawings of cherry blossoms on the back reinforcement plate.Image source: PowerColorThe manufacturer has also announced black and all-white (Hellhound Spectral) versions of the Radeon RX 6650 XT Hellhound.All three are based on the Navi 23 KXT chip with 32 compute blocks that include 2048 stream processors, 32 ray tracing acceleration blocks, 128 texture blocks and 64 rasterization blocks. The chip offers little factory overclocking and operates in a frequency range of 2486 to 2689 MHz.The card has 8 GB of GDDR6 memory with a 128-bit bus.The data transfer rate is 17.5 Gbit/s per pin.Due to this its bandwidth is increased up to 288 GB/s.It also has a high-speed 32 MB Infinity Cache buffer.Like the common Radeon RX 6600 XT, you need only 8 lanes of PCIe 4.0 for working.Hellhound Sakura Edition has pink backlight and two cooling fans.The card has one 8 pins connector for additional power.TDP rating is 180 W.PowerColor RX 6650 XT Hellhound Sakura Edition is already on sale.For example, you can find it in New Zealand, where it is offered for about $503.