AMD explained Zen 4 performance gain: +8% from IPC and the rest from frequency 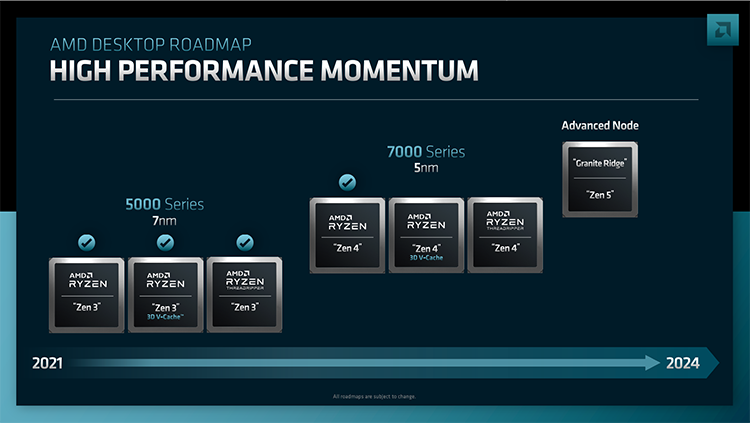 During a meeting with financial analysts yesterday, AMD revealed more details about future processors built on the Zen 4 microarchitecture.According to AMD, the new microarchitecture will be able to offer IPC improvements in the range of 8 to 10 percent, depending on the application, compared to Zen 3.Thus, the claims made at Computex 2022, which talked about a 15% single-threaded performance gain, were based on estimates that included not only progress in the microarchitecture, but also increased clock speeds plus a move to faster DDR5 memory.However, yesterday's presentation confirmed the old estimates as well, adding clarity to their interpretation.AMD has once again promised for the upcoming Ryzen 7000 16-core series a single threaded performance increase of over 15% and a multi-threaded performance increase of over 35% over the Ryzen 9 5950X.These estimates are based on Cinebench benchmarks for processors running at or near their target (or close to it) clock speeds, and AMD has also promised a more than 25 percent advantage of the future 16-core processors over the current 16-core processors in terms of specific performance per consumption.Moreover, AMD has confirmed that Zen 4 processor family will feature 3D-cache models as well.And among them there will definitely be models for the desktop segment, but what positioning and the number of cores is unknown.