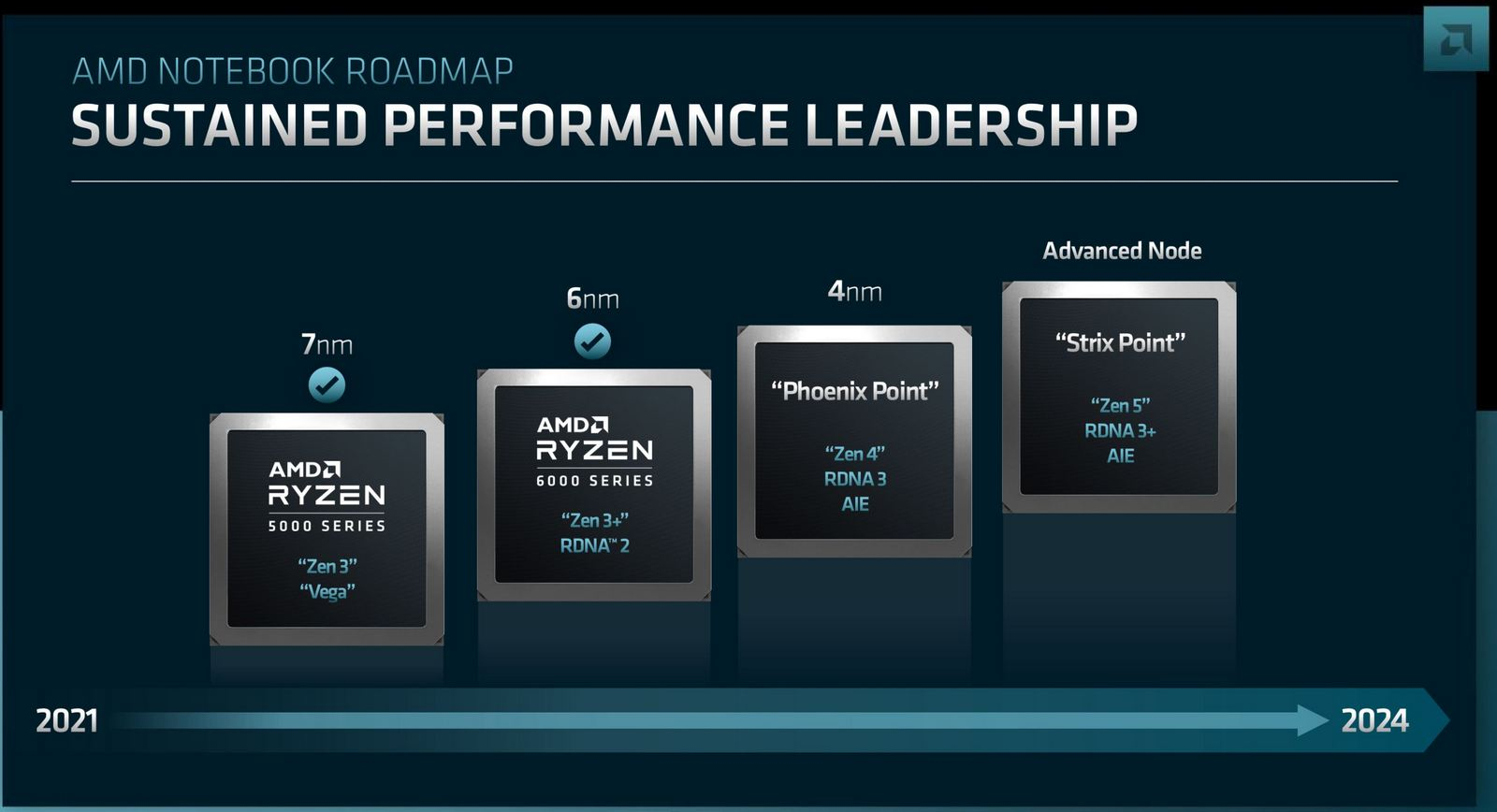 At an analyst event, AMD shared plans for various areas, including mobile processors.The company named code names for future generations of processors, outlined their release dates, processors and architectures for both processor components and graphics. At the moment, the most advanced AMD mobile processors are representatives of the Ryzen 6000 Rembrandt family.They combine the processor core Zen 3 + and integrated graphics RDNA 2.These chips are made by 6-nm process technology.Sometime next year, AMD intends to release a 4-nm mobile chips Phoenix Point, consisting of several chips, combining the new processor architecture Zen 4, as well as the new graphics RDNA 3.In addition these chips will be equipped with the Artificial Intelligence Engine (AIE).Details about its features and capabilities is not available now, but it is known that its creation is the responsibility of Xilinx, recently acquired by AMD.It is noted only that AIE will get a scalable architecture with local memory, and will be able to offer high performance and efficiency in the work with AI and signal processing. And by the end of 2024 AMD plans to release Strix Point mobile processors, which will combine the Zen 5 architecture and integrated RDNA 3+ graphics.The latter will apparently not differ much from RDNA 3, probably offering better performance per watt.These processors will also get a dedicated AI engine from Xilinx.The Strix Point manufacturing process is not specified, but it is noted that it will be more advanced than the 4nm.