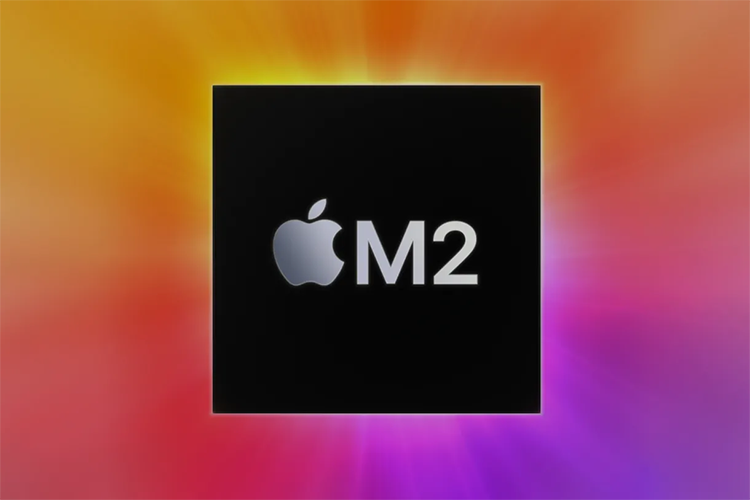 Apple at the WWDC 2022 developers conference introduced a new computer processor - M2, which is a further development of the M1, M1 Pro, M1 Max and M1 Ultra chips.Apple M2, like its predecessors, is built on Arm architecture, but now manufactured using a second generation 5 nm processor.The chip contains 20 billion transistors, 20 percent more than the original M1.The new processor's core formula remains unchanged: like the M1, it has four efficient (Firestorm) and four energy efficient (Icestorm) cores.The integrated GPU in the M2 now has ten cores instead of eight, which, together with other improvements, increases GPU performance by 35 percent to 3.6 Tflops.When it comes to computing performance, Apple promises an 18 percent improvement over the original M1 thanks to both improvements in the microarchitecture and an increase in memory bandwidth.It has reached 100GB/s in the M2, which is 50 percent more than what was achieved in the M1.Also, performance cores got 16-Mbyte L2 cache (instead of 12-Mbyte), while power efficient cores continue to use 4-Mbyte L2 cache.The maximum capacity of LPDDR5 memory supported by the M2 has reached 24GB, and includes an enhanced security block, a new neural co-processor with up to 40% more performance, and improved hardware video encoding and decoding with support for 8K H.264 and HEVC video.As indicated at the presentation, the M2 is capable of decoding multiple 8K streams simultaneously and also has facilities for hardware ProRes processing.The first Mac with the M2 chip will be the new 13.6-inch MacBook Air with a thinner profile, MagSafe charging and battery life up to 18 hours.The new chip will also be available in the redesigned MacBook Pro 13\".