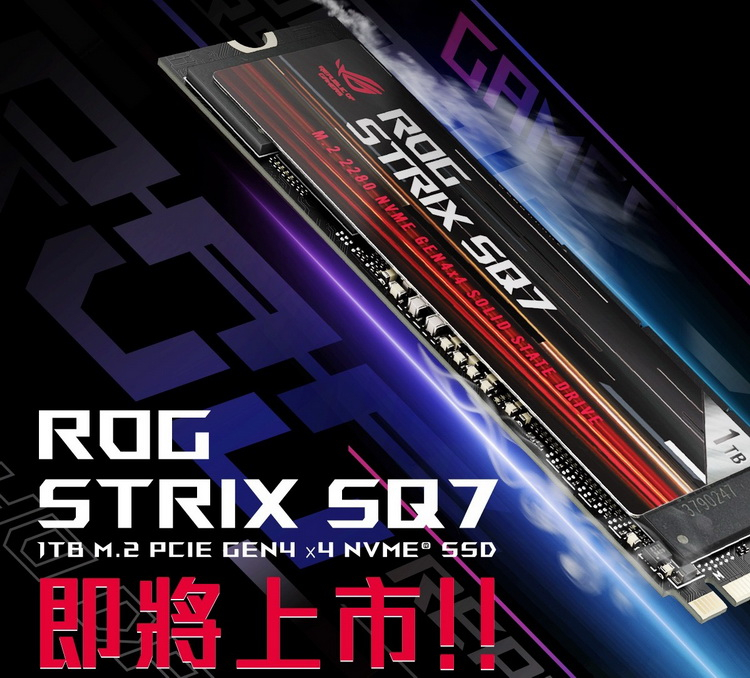 Last month, ASUS hinted that it would release its first M.2 format NVMe SSD, to be named the ROG Strix SQ7.Now the Taiwanese manufacturer has finally shared the specifications of its debut SSD.Image source: ASUSThe drive will be based on a Phison E18 controller with PCIe 4.0 x4 support.The company specified that it will use 3D TLC NAND flash memory chips in the ROG Strix SQ7.According to TechPowerUp, the published images of the device can be determined that the SSD uses 176-layer 3D TLC NAND memory from Micron.The novelty will also get a buffer of DDR4 memory.Image source: ASUSASUS ROG Strix SQ7 will provide sequential read speed up to 7000 Mbytes/s, and sequential write - up to 6000 Mbytes/s.In other words, it will be a flagship SSD model.Unfortunately, the company did not specify the performance of new items in random read and write operations.Image source: TechPowerUpThe ROG Strix SQ7 is claimed to support TCG Opal and AES-256 encryption features for security.The new product will also come with Backup Now EZ 5 software, which is a comprehensive data backup solution.The manufacturer also mentioned about ROG Strix SQ7 compatibility with PlayStation 5 game consoles.Information about the cost and arrival date ROG Strix SQ7 company did not report.At the moment, it is known that only one ROG Strix SQ7 model with a capacity of 1TB will be on sale.